Cyber insurance brokers: If it makes you feel any better, 2016 was not our year either 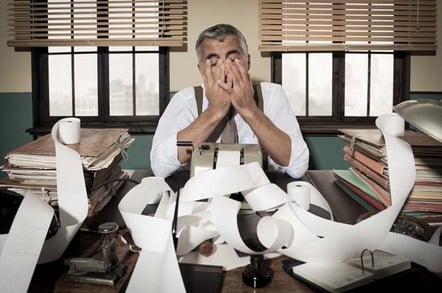 Insurers are handling "hundreds" of breach claims, according to figures from CFC Underwriting.

CFC Underwriting said it handled more than 400 claims against cyber-breach policies it issued this year alone. The rise in data breaches and money transfer scams are driving the increase.

Security firms reckon the growing scourge of ransomware is also having a big effect on a trend that is likely to drive up insurance premiums.

Steven Malone, director of security product management at Mimecast, said: "The true number of cyber attacks taking place against UK businesses and worldwide is far greater than the volume of claims CFC reports. Ransomware is a particular favourite, with almost 40 per cent of enterprises hit in the last year. This figure will undoubtedly rise – especially now that ready-made malware kits are available for sale online.”

He added: “Many smaller and mid-sized organisations do not have appropriate backups or cyber insurance cover and often feel their only option is to give in to hackers’ demand and pay-up to reclaim control of their data.” ®

FIC 2020 Tried not suing your customers when they make claims?

Analysis When UK and US said it was Russia, they weren't thinking of the litigators!