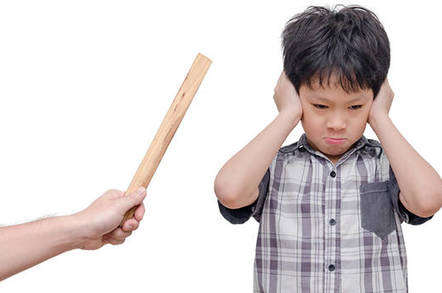 The Administrative Council of the European Patent Office (EPO) has rapped its rampaging president on the knuckles at a two-day meeting in Munich but failed to take any public action against him despite pleas from staff.

Benoit Battistelli has been under increasing fire in recent weeks after he ignored a previous order from the council and fired the secretary of the EPO's staff union on grounds that many claim are spurious.

Battistelli and his executive team also recently lost two appeals at the International Labour Organization, which determined they had undermined the legitimacy of its Appeals Committee by selecting staff "volunteers" to stand on it rather than let the Central Staff Committee select them. In addition, EPO management was criticized for how they had handled the appeals process.

In response, EPO staff again asked the Administrative Council – which is the only body that can limit the president's powers – to take action against Battistelli. It, again, failed to do so. Not only but that it also approved the latest proposal put forward by Battistelli to move the EPO's Boards of Appeal (BoA) away from the EPO headquarters in Munich to a new building in the outskirts of the city, and it handed Battistelli effective control of the appeals committee until June next year.

There is some consternation over the BoA move, which some see as just the latest effort by Battistelli to undermine and downplay the independent body. Regardless, the decision to move the BoA to Haar passed by 21 votes to seven, with another seven countries abstaining. Commentators have noted that the nations that voted in favor are the same ones that repeatedly block efforts to admonish or fire Battistelli. Most represent Europe's smaller economies.

While Battistelli has the votes to continue to pass reforms that put him into a more powerful position, his self-aggrandizement and the public criticism leveled at him for waging an internal campaign against those that resist his reforms has not gone unnoticed.

In a sign that a number of powerful European states have decided that confinement of the president is the best remaining option, a key lieutenant of Battistelli, Willy Minnoye, announced after the meeting that he would be leaving his post early for "personal reasons."

As vice president of the EPO's general operations arm, Minnoye has repeatedly defended the disciplinary proceedings taken against five staff union members and, staff say, is representative of the bullying culture that has taken over the organization. Minnoye most famously said that the EPO would simply ignore a decision against it by the Dutch Supreme Court on whether the EPO was violating its employees' fundamental rights in how it was conducting internal investigations.

As well as losing Minnoye, Battistelli was dealt a second political blow when Swede Carl Josefsson was elected as president of the Boards of Appeal.

Battistelli has gone out of his way to try to impose his control over the Boards of Appeal, even trying to award himself the power to select the president himself. The selection of Josefsson is a sign that some member states wish to ensure that the Boards of Appeal retains some of its autonomy.

Despite these small challenges to Battistelli's authority however, it is clear despite the very public criticisms of his behavior and repeated staff protests and strikes that the EPO Administrative Council will not be taking any direct action against him. ®