Contract extended to 2022... that'll be two decades and well over ONE BEELION spent 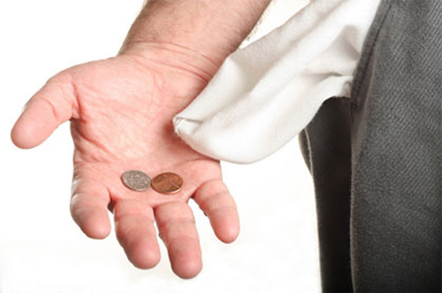 El Reg can confirm that two things Brits love will be paired together for another couple of years - the Beeb has again extended Capita's telly tax collection contract.

The original deal was signed in 2002 for £500m, and renewed in 2012 for eight years at a cost of £560m. Today it emerged the agreement will now stretch until June 2022, meaning two decades of cash from license fee payers will have lined Capita's coffers, which is nice.

The outsourcing biz said it has made efficiencies over the contract and collection costs are now less than 3p in every pound.

"This contract extension reflects the success of the partnership, which has run since Capita first took over the administration of TV Licensing in 2002, signing a further contract in 2011."

Analyst at TechMarketView John O'Brien noted that TV licensing is one of Capita’s ‘material contracts’ that count for more than 1 per cent of group revenue.

It's not been a great year for Capita and the contract extension with the Beeb will be seen as a filip for the company, which has issued first ever profit warning this year that caused its share price to crash.

Last month Capita confirmed it will axe around 2,250 staff, offshore UK jobs to India and invest in robots to automate parts of the operation.

Capita claimed today it will seek to bolster its "insight and analytical capability, and introduce new technologies to enhance the service experience for the Licence Fee payer." It didn't specify what these include.

Presumably that means Capita-bots will also soon be knocking on our doors. ®