Back to pen and paper 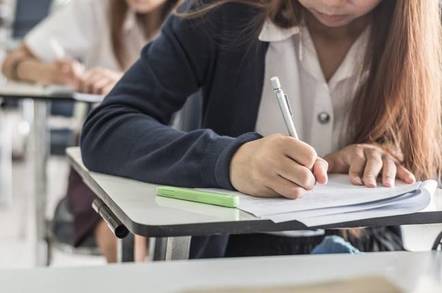 Every year Ontario’s Education Quality and Accountability Office (EQAO) tests secondary school students in their literacy skills. This year it rolled out online tests and the results weren't good.

In October the online pilot test of the Ontario Secondary School Literacy Test (OSSLT) was deployed and quickly fell over with its legs in the air mimicking a dead parrot. The failure was the result of what it called an "intentional, malicious and sustained distributed denial-of-service attack," against the testing system.

The attack was successful despite earlier testing of the online system against the possibility of just such an online assault. Forensic examiners are still investigating where the attack came from – El Reg suggests they look for a computer-savvy kid who doesn't study English much.

The original plan was for the OSSLT to be run for real in March, with students and teachers being able to choose whether to do the tests online or in the old-fashioned way. But because the source of the attack is still unknown, the EQAO is dropping all online testing for the time being.

"While we are pressing 'pause' on EQAO's move toward online assessments, we are by no means hitting 'stop,'" said Richard Jones, interim CEO of EQAO.

"In the days following the cyberattack in October, we heard from hundreds of members of Ontario's education community about the online OSSLT and we will take the time required to continue those discussions, so that we can integrate feedback into our system design. The intent is to come back with a system that better addresses needs in terms of usability, accessibility and security." ®