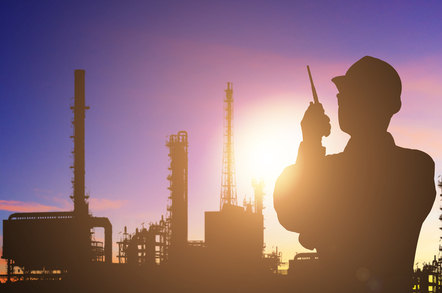 The same hackers who turned out the lights at Ukrainian utilities last December have been running attacks against the same country’s banks over recent months.

Security firm ESET reports that the gang slinging the TeleBots malware against Ukrainian banks shares a number of similarities with the BlackEnergy group, which conducted attacks against the energy industry in Ukraine in December, 2015 and January, 2016. ESET thinks that the BlackEnergy crew has evolved into what it calls the TeleBots group.

As with campaigns attributed to BlackEnergy group, the attackers used spear-phishing emails with Microsoft Excel documents containing malicious macros as their main means of spreading infection.

Once a victim clicks on the Enable Content button, Excel executes the malicious macro. That gets the attackers a compromised PC, which is used to further infiltrate a compromised network, sniff passwords, and other hacker tricks.

Eventually the hackers drop the KillDisk malware onto compromised PCs. This malware deletes system files, making machines unbootable, before displaying a Mr Robot-themed logo on the computers' screens as a sign-off.

Analysis by ESET shows that the code of the macro used in TeleBots documents matches the macro code that was used by the BlackEnergy group in 2015.

Russia was the prime suspect for the BlackEnergy attacks. The latest attacks follow recent accusations by Russian security services that foreign agencies were trying to sabotage Russia's financial system. ®