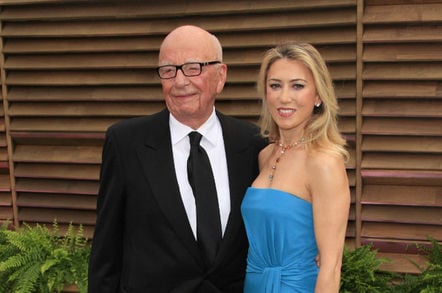 British broadcaster and phone service provider Sky is to be bought by Rupert Murdoch’s 21st Century Fox for £18.5bn, according to reports.

The price reflects a valuation of £10.75 per share, according to Reuters, who, along with the BBC, claimed that some investors were unhappy with the valuation but did not go into specifics.

Sky shares were trading at £9.81 at the time of writing, having dipped by 5p in the 20 minutes since the deal became public knowledge.

Such short-term price fluctuations in the immediate aftermath of a major announcement rarely mean anything useful in the real world.

Reuters reported that the offer represented a 40 per cent premium on the share price from the day before Fox’s initial proposal was received.

Sources told the financial newswire that Fox "pounced" after June's Brexit vote caused the pound to fall against the dollar, enabling a cheaper buyout by the US company.

Murdoch currently owns 39 per cent of Sky. The deal would see him take total control of the company, which was formerly known as British Sky Broadcasting, or BSkyB. Following Murdoch’s abortive takeover bid for BSkyB in 2011, the company was quietly renamed Sky in 2014.

"The enhanced capabilities of the combined company will be underpinned by a more geographically diverse and stable revenue base. This combination creates an agile organization that is equipped to better succeed in a global market," 21st Century Fox said in a statement.

In 2012 sustained left-wing political pressure on the British broadcaster resulted in Ofcom ruling that Sky was “fit and proper” to hold a broadcasting licence. James Murdoch, Rupert’s son, was forced to step down as Sky chairman following the News of the World hacking scandal, which brought the Murdochs themselves into the spotlight. The 168-year-old newspaper, also owned by the Murdochs through British company News Corporation (now News UK) was abruptly closed down on their orders and details of its journalists’ confidential sources handed directly to police in a shameful – and successful – attempt to stave off a corporate prosecution.

James is currently chairman of Sky, having returned once the fallout settled, and chief exec of Fox. Former editor of the News of the World Rebekah Brooks, nee Wade, is News UK’s chief executive. Murdoch's British newspapers (The Sun, The Sun on Sunday, The Times and the Sunday Times are held through News UK while Sky News and the other Sky broadcast channels are a separate company, in order to keep competition regulators satisfied.

Over the years Uncle Rupert has sought many times to consolidate Sky’s various national operations, comprising 22 million customers, into one corporate entity before rolling the whole lot up and sticking it in his pocket. These attempts have always proved abortive, being vigorously opposed by Murdoch’s ideological and business enemies who cite concerns over media plurality, thanks to the vast global news and entertainment media holdings under the control of the Murdoch family. ®