Riddle me this: What's green and freezes cloudy penguins?

Why Veeam's new backup agent for Linux, of course! 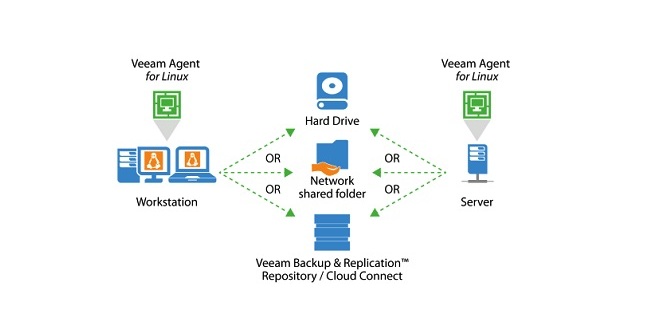 Veeam has given the world a Linux Backup Agent.

It's a backup tool so you know what it does, namely give you the ability to create copies of files, volumes or whole computers and put them in a safe place where you can get your hands on them should things go awry.

The agent integrates with Veeam Backup & Replication, so you can take advantage of backup repositories created with that tool and use all of its other features to mange Linux backups.

We're interested because Veeam's not done Linux before and slipped this one out quietly. And also because the company is pitching this at the hordes of managed services providers overseeing clouds and the many Linux VMs they contain. The latter audience is not new to Veeam, but has until now had to look around for a multi-platform option.

The agent's been cooking since October 2015, went into beta earlier this year and emerged blinking into the lights and gasping for breath on December 13th.

It's yours for the downloading here for folks with a Veeam account. ®