The Schmidt meets the Man 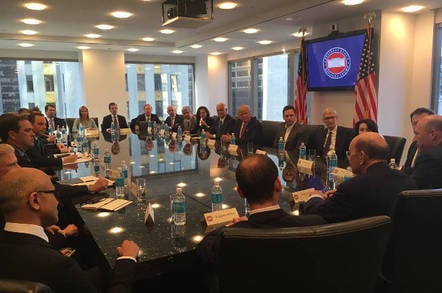 US president-elect Donald Trump today meets Silicon Valley's tech leaders face to face for a frank chat about what to expect under his administration.

The conversation between Trump and the tech bosses will cover areas including H-1B visas for skilled workers, trade deals, and government policy on regulation.

"I know the president-elect is looking forward to welcoming some of the leading tech CEOs in America to Trump Tower to talk about how we can grow jobs in high-tech all across the country," Vice President-elect Mike Pence said earlier today. ®