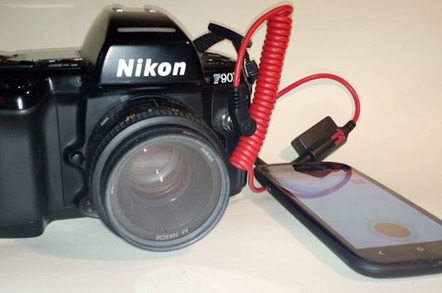 Over 150 prominent filmmakers and photojournalists have asked leading camera makers to add support for data encryption to their devices.

An open letter published on Wednesday by the Freedom of the Press Foundation – a group that includes Academy Award winners Laura Poitras and Alex Gibney – states that encryption is absent from all commercial cameras being sold today and that the technology is needed to protect both those capturing images and those depicted in them.

"Without encryption capabilities, photographs and footage that we take can be examined and searched by the police, military, and border agents in countries where we operate and travel, and the consequences can be dire," the letter states.

According to the Committee to Protect Journalists, the confiscation of cameras from journalists is so common that the organization cannot accurately track such incidents.

Mobile phones often have passable cameras and also support the encryption of data at rest, for images and text messaging. That makes them safer in theory than professional camera equipment in conflict zones and in confrontations with authorities.

Against a well-funded, resourceful, or determined adversary, however, technical protection doesn't guarantee that encrypted data will remain secure.

After attempting to pressure Apple into creating a special version of iOS that would allow it to gain access to an iPhone used by one of the San Bernardino shooters in 2015, the FBI ultimately gained access to the device with the help of a third party, through what's believed to be software vulnerability.

What's more, US Border authorities have broad latitude to search electronic devices, and many countries have laws that can be used to compel individuals to disclose encryption keys. So the availability of encryption doesn't mean it will be effective at shielding data from scrutiny.

At a recent Hacks/Hackers event in San Francisco titled "Information Security for Journalists," Data Guild cofounder David Gutelius said that, with the possible exception of Signal, he wouldn't recommend any digital communication technology for journalists with serious security concerns involving nation-level adversaries. Even Tor, a generally well-regarded network anonymity tool, can be compromised, he said.

In an email to The Register, Trevor Timm, executive director of the Freedom of the Press Foundation, acknowledged that laws limiting encryption and border searches could diminish its effectiveness but emphasized that it should be an option.

"Journalists – or anyone who uses a camera with encryption enabled – would always have the option to unlock it if they chose to, but right now they don't even have that choice, and that's the problem," said Timm.

Jonathan Zdziarski, an iOS forensic researcher, in a series of Twitter posts on Wednesday voiced support for better encryption and stronger privacy protection but expressed doubt that camera makers, as they lose sales to smartphone makers, see the addition of encryption as a way to revive sales.

"Until every journalist learns to encrypt their hard drive and use Signal, I'm not sure an encrypted camera will do them any good," said Zdziarski.

And even then, it may not withstand the threat of rubber-hose cryptanalysis or a $5 wrench. ®