If only our British 4G were as good as, um, Albania's... UK.gov's telco tech report 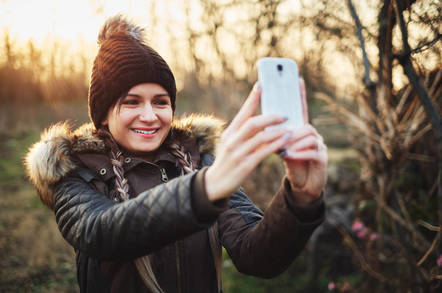 Blighty has worse 4G coverage than that of Albania, Panama and Peru, according to major report by the National Infrastructure Commission today on 5G and telecommunication technology.

The report, which you can read here found that Britain is 54th in the world for 4G, with the typical user only able to access 4G about 53 per cent of the time. It said there are too many digital deserts and partial not-spots, even within our city centres.

It recommended that regulator Ofcom ensure that "essential outdoor mobile services – such as basic talk, text and data - are available wherever we live, work and travel."

The government has already pledged to introduce a universal service obligation of 10Mbps by 2020 for both fixed and mobile connectivity. But the report recommended that a mobile-specific USO should be introduced by 2025 so that consumers can access essential services "where they are needed."

Chair of the National Infrastructure Commission Lord Adonis warned the UK "is currently languishing in the digital slow lane."

He said: "Britain is 54th in the world for 4G coverage, and the typical user can only access 4G barely half the time. Our 4G network is worse than [those of] Romania and Albania, Panama and Peru.

"Our roads and railways can feel like digital deserts and even our city centres are plagued by not-spots where connectivity is impossible. That isn’t just frustrating, it is increasingly holding British business back as more and more of our economy requires a connected workforce."

However, some of those concerns are intended to be addressed by the government's controversial Emergency Services Network programme. The project intends to increase 4G connectivity across the country in order to shove the emergency services on to a 4G network.

Currently 70 per cent of the UK's landmass is covered by British mobile operator EE's 4G network, which the government hopes to increase to 97 per cent by 2020.

The NIC was created by former chancellor George Osborne to advise the government on the UK's infrastructure such as transport, telecommunications, energy and utilities.

Adonis called on the government to "act now" to ensure major transport networks and urban centres are 5G-ready to give British industry "every chance to lead the world in exploiting its applications."

The future standards and spectrum for 5G have yet to be agreed upon. However, chancellor Philip Hammond set aside a £740m investment fund in his budget last month for the technology.

Adonis said that while 5G was important, the current mobile network needs to be brought up to speed. "The existing system does not provide the level of coverage we will need in our connected future. We need a new universal service obligation which ensures that the mobile essentials – like text, talk and data – are available to us wherever we need them." ®