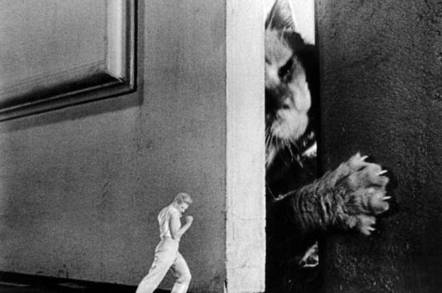 Analysis The enterprise storage market is in a period of data growth according to IDC-forcasted zettabyte heaven, right? Er, no, because it's it entered a recessionary period, with negative growth. Says IDC.

Total factory revenue of $8.8bn was reported for the quarter, down 3.2 per cent down on the year while the number of bits shipped increased by 33.2 per cent to 44.3EB. The cost of storage industry supplied places to store enterprise bits fell hugely.

Put another way, storage real estate costs on a per-bit place basis went down around 35 per cent on the year. Fantastic news for customers but crap for the enterprise storage real estate sellers. Actually the incumbent suppliers' prices are too high and cheap original design manufacturers (ODMs) and land-grabbing public cloud suppliers are selling the same bit-storage place thing for less money.

The effect is seen in IDCs tables, with all overall enterprse storage suppliers except one seeing revenues slide down;

The overall market revenues declined 3.2 per cent but Dell EMC revenues fell 12.6 per cent and IBM's revenue went south by 11.4 per cent while the business for ODM direct actually went up 5.7 per cent.

Only Hitachi saw revenues rise, by 9.2 per cent, so it's doing something right.

It gets worse for storage array sellers. According to the IDC bean counters: "Sales of server-based storage were relatively flat, at -0.5 per cent during the quarter and accounted for $2.1bn in revenue. External storage systems remained the largest market segment, but the $5.4bn in sales represented a decline of 6.1 per cent year over year."

Within that all-flash array sales saw good growth, up 61.0 per cent year over year. Fast access to bits is valued more than slow access.

In general, enterprises want their bits to live in trailer parks and not fancy condos. But they'll pay for condos if they can get really fast access to all the floors.

The likes of Dell, EMC and Hewlett-Packard Enterprise and sellers of enterprise bit barns at storage condo prices are finding ODM trailer parks and public cloud bunkhouses are taking over more and more of their business.

And it's going to continue isn't it? With 12TB disk drives arriving and 14TB and 16TB ones coming there is not going to be a recovery in disk array revenues any time soon. All a vendor can do to grow is to grab share from somebody else in what's becoming a race to the bottom; congratulations Hitachi. ®