Tech titan searches for corporate soul, discovers it hasn't got one 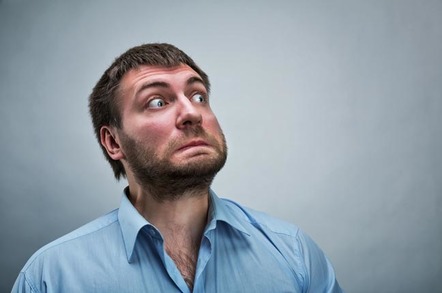 Troubled outsourcing giant Capita is reacting to a post-Brexit slowdown by confirming it will axe roughly 2,250 staff, which includes sending more jobs to India and using robots to automate certain parts of the operation.

The company will also try to flog off parts of the sprawling empire, bits that are no longer deemed part of its “core” strategy. The asset sales are not included in the wider redundancies, Capita confirmed to The Register.

Andy Parker, CEO at Capita, said the board had “reviewed our management structure, operating model, business portfolio and our leverage”.

“Today we are announcing our intention to sell the majority of our Capita Asset Services division and a small number of other businesses. We have also commenced a programme of cost reduction and investments,” he said.

The Asset Services unit is expected to generate about £60m of operating profit this year, and the other bits to be sold are forecast to bring in around £10m.

The UK retail banking and mortgage services business process management operations that currently resides in the Asset Services division will be retained and moved to the Private Sector Partnerships Division.

Financial worries at Capita were made public in September when it issued its first ever profit warning, revealing that profit for calendar year 2016 was likely to be between £535m and £555m, instead of the £614m previously forecast. As a result, its share price slumped 30 per cent.

The IT Services (ITS) business, particularly the reselling element, was blamed for the bottom line slippage, as was a slowdown in recruitment services in the Workspace Services department. Contract woes with Transport for London and the Co-Op also proved to be costly distractions.

As we revealed last month, Capita confirmed it was planing to reduce its operating divisions from eleven to six and remove a layer of middle management, with the heads of each unit reporting directly to CEO Parker. This restructure will be completed by the start of 2017.

Capita added today that “trading has remained challenging across some of our divisional businesses. Specifically, performance in our IT Enterprise Services division has weakened further.”

“We have made extensive management and structural changes across this division and expect to make progress on improving its performance over the course of 2017. Additionally, as a result of some clients’ own cost saving measures, we have recently experienced lower volumes of discretionary spend in a number of the company’s other trading businesses.”

The cost of restructuring will be around £50m and includes moving some of the IT app support “offshore to our operation in India”, with the second tenant centred on investment in a proprietary robotic solutions to achieve scale automation across some of our operations, and more significantly, to deliver benefits to new clients”.

“We expect the benefits of these two programmes to flow through 2018,” the firm stated.

A spokesman at Capita told us around three per cent of its 75,000 strong workforce will be made redundant under the shape shifting plans.

"Correct – the three per cent does not include those jobs that will become ‘non-Capita’ post the disposal of the asset services business," he said.

The corporate surgery is designed to make things better for shareholders, Capita said, but the share price was down nine per cent at the time of writing so the market is not yet convinced by its actions. ®