Official line is they want to be CEOs elsewhere. Or is the culture change chafing? 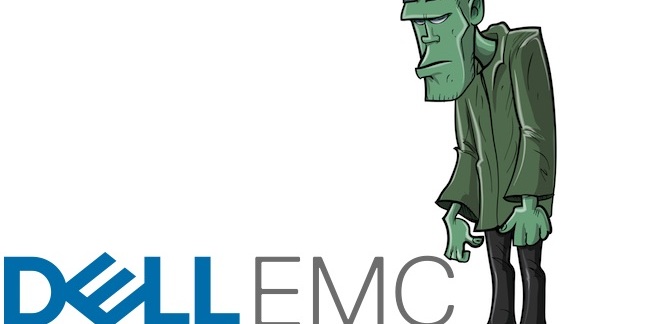 Two of EMC's most senior product line executives have resigned, deciding that Michael Dell's Dell Technologies and the David Goulden-run Dell EMC business unit is not their ideal future workplace.

Churchward joined EMC in May 2012, coming from LogLogic and NetApp before that. Desai joined in 2013, from Symantec

EMC has changed fundamentally this year as a result of the Dell acquisition. Chairman and overall CEO Joe Tucci, a revered, widely respected and even much-loved figure, has retired. Marketing head Jeremy Burton has moved up to Dell, and Infrastructure Solutions Group head and ex-EMC II CEO David Goulden now gets to look after the EMC products, Dell servers and Dell storage as well. It's a formidable set of responsibilities.

By bringing in Rory Read as his COO, Dell the man has signalled the Dell the company's influence at the heart of EMC will be pervasive. Read is not a long-term Dell exec, having joined in March 2015 as COO and President Worldwide Commercial Sales. He became an EVP and Chief Integration Officer in October that year.

There is no public EMC statement, however there has been an internal EMC announcement which we have seen. It says;

As many of you know, we have been working on a new organizational structure and operating model for FY18. During this process, Guy Churchward and CJ Desai informed me that they wish to pursue C-level opportunities outside of Dell EMC. I’m sharing this news with you at the earliest opportunity, because I wanted you to hear it directly from me.

Regarding transition periods, CJ will be leaving Dell EMC immediately while Guy will be staying on until the end of this fiscal year (January 31, 2017). I’d like to thank both CJ and Guy for their hard work over the past few years in building a world-class storage portfolio and team – I wish them well in their future endeavors.

Looking forward, change always presents opportunity — we have an amazingly talented bench of leaders within our product engineering groups, so we will promote from within the Dell EMC business. I’ll share the details of the forward looking plan with you next week.

There will now be many senior engineers and managers in the two affected divisions who are going to think seriously about their future. It is possible that an EMC engineering brain drain could follow these two high profile resignations. Dell EMC leadership has to move quickly to lance this boil. ®