Interesting response to 'lack of clarity' on details moan 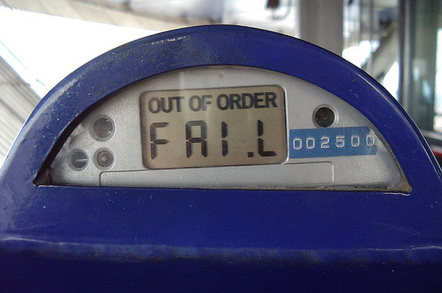 The UK government has insisted it is effectively communicating the benefits of its controversial smart meter programme – despite MPs having identified a "lack of clarity" over the "problem" the scheme is trying to solve.

In its response to the committee’s “Evidence Check” report on smart meters in September, the government said "it is clear about the long term national benefits that smart metering will bring.”

More than 4.2 million smart and advanced meters are operating in homes and businesses.

Some 53 million smart meters are due to be installed in residences and small businesses by the end of 2020 at an estimated cost of £11bn, with an estimated net "benefit" of £5.7bn by 2020.

But the Science and Technology committee’s report found that smart meters will benefit suppliers nearly twice as much as consumers in terms of cost savings.

It noted that "although the scale and durability of such savings is contested ... it would appear that the rollout could alter consumption levels by 2–3 per cent.”

The committee recommended that the government do more to "communicate the national benefits of smart metering alongside the potential cost savings and efficiencies" for consumers.

It said this was a weakness of the government’s evidence check statement "and relates to a lack of clarity over the ‘problem’ that smart meters aim to address."

"In its response to this report, the government should provide further information on how it expects smart metering to affect the required energy generation capacity of the network and the mix of energy generation sources.”

The government's response? It said its Consumer Engagement Strategy "has been informed by a range of UK and international evidence and seeks to drive uptake and support behaviour change to deliver maximum benefits for consumers from smart meters.”

The committee also recommended the government consider further how to communicate the level of thought that had gone into designing a secure system for smart metering.

"The Government worked in partnership with GCHQ on its blog21 on smart metering infrastructure and will continue to support Smart Energy GB, amongst others, to provide clear messages to the public on smart meter security,” said the response.

The government also denied that the smart meter rollout has too many objectives, insisting it has an appropriate number "for a large scale infrastructure programme”.

Since its inception, the programme has been subject to heavy criticism. A leaked report by the Cabinet Office four years ago highlighted the vulnerability of smart meters to cyber-attacks, and flagged estimates that the scheme could leave the taxpayer out of pocket by £4.5bn rather than save consumers cash. ®