Overpacked handset was putting too much pressure on battery 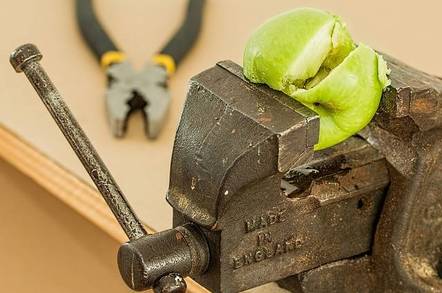 A teardown analysis of the Samsung Note 7 claims that the ill-fated phablet was doomed by a design flaw that squeezed its battery pack to unsafe pressure levels.

Anna Shedletsky, CEO of engineering software developer Instrumental, said her team's teardown analysis of the Note 7 found that the smartphone's tendency to explode was likely caused by a cramped case setup, leaving the lithium-ion power pack in a state of constant pressure.

"When batteries are charged and discharged, chemical processes cause the lithium to migrate and the battery will mechanically swell," explained Shedletsky.

"Any battery engineer will tell you that it's necessary to leave some percentage of ceiling above the battery. Ten per cent is a rough rule-of-thumb, and over time the battery will expand into that space."

According to Instrumental, the Galaxy Note 7 unit they tested lacked adequate room to expand during normal use. This, in turn, meant that as the pack did expand, it would get pushback from other components and the case itself.

That pressure is believed to have made the separator layers between the positive and negative portions of the battery more likely to rupture, causing a reaction within the battery pack that ultimately resulted in the explosions that led to the global recall of the Note 7.

The researchers say that the flaw was the result of Samsung trying to do too much with the phablet design-wise, and not adequately building safety precautions into the Note 7. Or it could have been not having enough time to test just how effective those safeguards would actually be.

"Battery testing takes a notoriously long time (as long as a year for certain tests), and thousands of batteries need to be tested to get significant results," noted Shedletsky.

"It's possible that Samsung's innovative battery manufacturing process was changing throughout development, and that the newest versions of the batteries weren't tested with the same rigor as the first samples."

Samsung ended all production of the globally recalled Note 7 in October, right around the time it was banned from flight in the US by the Federal Aviation Administration. Analysts estimate that the recall and sales losses from the Note 7 have cost Samsung around $17bn. ®