Take that, creationists: Boffins witness birth of new species in the lab

Another nail in the coffins of the anti-evolution crowd 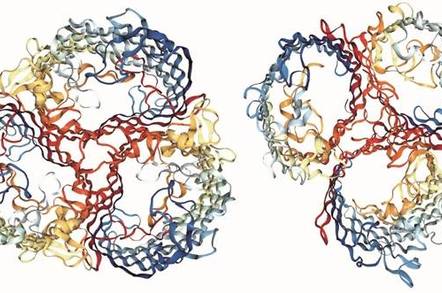 A common chant from the anti-evolution crowd is that you can't demonstrate speciation – the creation of new species – in action. Now a team of scientists can do just that for anyone with a few weeks to spare.

In a paper published in the journal Science at the end of November, Justin Meyer, an assistant professor of biology at UC San Diego, describes how his team was able to culture a virus bacteriophage lambda which attacks e. coli bacteria via two receptors on e. coli's cell walls.

"The virus we started the experiment with, the one with the nondiscriminatory appetite, went extinct. During the process of speciation, it was replaced by its more evolved descendants with a more refined palate," explained Meyer.

Meyer studied at Michigan State University under the legendary professor of microbial ecology Richard Lenski, who co-authored the paper. Lenski gained fame when his ongoing experiment, which began in 1988, conclusively showed speciation in E. coli bacteria.

Lenski demonstrate that over time the bacteria could evolve into a new type that could grow using entirely new food sources. This angered the creationist editor of Conservapedia and led to an exchange of letters with Lenski that resulted in one of the most epic scientific smackdowns in history.

"Even though we set out to study speciation in the lab, I was surprised it happened so fast," said Lenski about the current experiment. "Yet the deeper Justin dug into things – from how the viruses infected different hosts to their DNA sequences – the stronger the evidence became that we really were seeing the early stages of speciation." ®