Datrium: $55m burning hole in its pocket and raring to go global 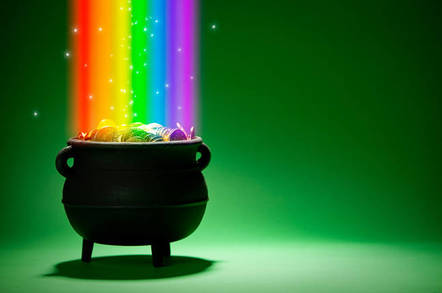 Datrium has gained $55m C-round funding to grow its business to global scale.

The startup was founded in 2012 by Data Domain and VMware vets.

Its DVX product is a 2-tier design, revealed in January this year, and involving controller and data services software running in from one to 32 accessing servers, each with at least eight cores, running ESX and having up to 16TB of direct-attached flash. These link across 10GB to a simplified 24-drive storage array with a 24 x 4TB, 7,200rpm disk drive chassis, run by two high-availability controllers each with mirrored NVRAM. It is called a (persistent) data server.

This looks like from one to 32 almost hyper-converged appliances clustered together around a shared storage resource. Datrium says it is an open convergence design, and server performance and storage capacity can be scaled independently. The server-located data services include inline deduplication, compression and RAID. 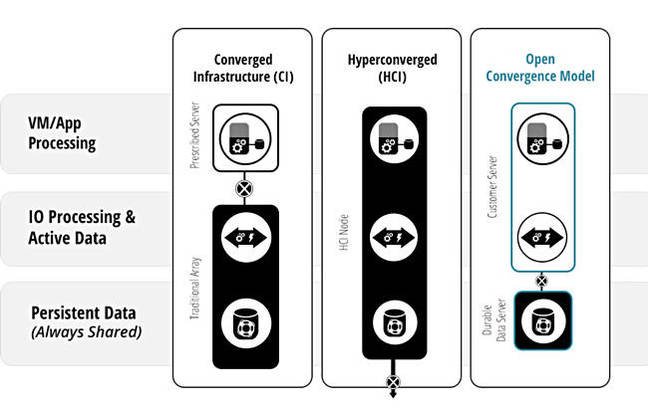 Twenty per cent of the controller server's cores are used for the DVX controller software, with up to 40 per cent used if insane mode is switched on.

Datrium had $5m in seed funding then went through a $10m A-round in its founding year, and a $40m B-round in 2013. The extra $55m from this C-round takes total funding to $110m. Obviously the VCs like the progress made since the DVX product was launched earlier this year.

The C-round was led by New Enterprise Associates (NEA), with a contribution from existing investor Lightspeed Venture Partners and a third, undisclosed, investor. The cash will be used to grow sales, marketing, support and engineering functions.

Brian Biles, Datrium's CEO and co-founder, claims: "Storage arrays are a dying market, but for most cloud data centres hyper-converged infrastructure is too inefficient and siloed to be a replacement... Our DVX is available for VMware today in the US and Japan, and we are excited to broaden our reach with this new investment."

The firm has more than 80 partners in the USA and Asia, and has passed the 50-customer count. We're told multiple customers have deployed NVMe-based DVX systems.

The 4TB disk drives were announced in January. Clearly 8TB and 10TB drives could be used at some stage, if they are are not supported already. We're told VMware is supported today, hinting that Hyper-V and possibly other hypervisors could be supported in the future.

Another avenue for development could be to have the DVX software run in containerised servers. One more is to add on a long-term storage back end via a deal with archival software suppliers and/or an S3 interface to AWS, Azure, etc.

Datrium does not have a hard job differentiating itself from other storage suppliers, unlike vendors in the software-based hyper-convergence crowd, or the ranks of the all-flash array suppliers.

Its channel can obviously expand into Europe, Africa and South America, and more widely throughout Asia. Datrium is set fair in its dash for growth. ®