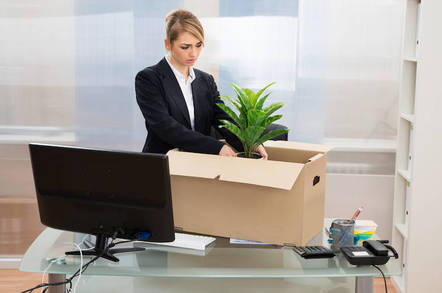 Exclusive More than a month after the catastrophic incident that brought King's College London's entire IT system down, the head of infrastructure services, Russell Frostick, is being replaced.

The change was announced by the university's CIO, Nick Leake, in an internal communication seen by The Register, although it is not clear whether his replacement is at all related to last month's clusterfsck.

The email didn't state the terms of Frostick's replacement, only that he would be staying until the middle of next year, but in it Leake confirmed that Karl Everett, currently an infrastructure consultant at banking software developers Infrasoft, would take on the role as head of infrastructure services in January.

I am pleased to announce that Karl Everett will be joining us in January 2017 in Quintdown as our new Head of Infrastructure reporting into Gareth Wright. Karl will be spending a few weeks in London initially to take a hand-over from Russell Frostick.

Russell will be remaining with us to provide ongoing support after the recent incident and I thank Russell for the great leadership he has provided to our Infrastructure team over the last few years.

That "recent incident" happened 44 days ago, and its effects are still being felt at the university. There has still been no official confirmation of the cause, but The Register has followed its results in detail.

Back in October, departments across the university suffered "irretrievable data loss" when a one-fault-tolerant RAID Array kicked the bucket. Almost every system at the university, from payroll to shared drive access, went down. A week later the issue was still interrupting business, and continued to do so a fortnight post-borkage.

Despite losing a lot of user data from shared folders in October's mega-outage, KCL is still asking staff to not save work independently of the university's IT facilities. Staff were offered counseling and prayers to help them get over the data loss suffered during October's catastrophic IT failure, encouraging gratuitous usage of the hashtag #PrayForKCL.

While I see the funny side, some colleagues have been serious impact by IT "troubles" #PrayForKCL @theregister https://t.co/spqWRMJENx

The Register contacted KCL with enquiries about the terms of Frostick's replacement. The university informed us that Frostick was not leaving the university, and remains "on a fixed term contract with King's until the middle of next year". ®

Exclusive And no, it won't be possible to take pay in lieu

Exclusive PR strategy: Bury everyone else's heads in the sand

Exclusive And the Oscar for the best story about why you have recovery tests goes to...

Exclusive Now IT bricks it: A 'series of extremely unlikely events'