EU court to determine how Uber's business should be defined 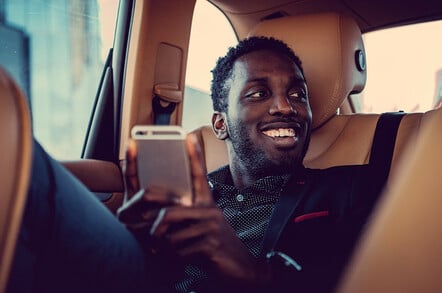 The EU's highest court has begun hearing arguments on how Uber's business should be legally defined in a case that could have widespread implications for other businesses, an expert has said.

A Spanish court has asked for a determination on the issue as it is relevant to a claim brought by Spanish taxi drivers association Asociación Profesional Élite Taxi (APET) against Uber in the country.

APET has claimed that Uber is in breach of Spanish competition laws on the basis that it provides transport services in Spain without having the authorisations necessary under Spanish law to do so.

Uber, however, has argued that it is not a transport service provider. Instead, Uber has claimed that it is a provider of information society services.

EU law prohibits restrictions being placed on businesses that provide information society services. Restrictions can, however, be placed on transport service providers.

According to a summary of the case before it that has been issued by the CJEU, Uber would not be subject to administrative authorisation if the court finds that it is merely an information society service provider.

Uber operates by providing an 'app' to registered customers, through which they can book a taxi. It then allocates a driver to the customer from the pool of available drivers who are logged into the system. The app calculates a route for the driver then, once the journey is completed and the driver presses 'complete trip' on his or her smartphone, calculates the fare. The customer then pays Uber directly by credit or debit card. Cars used belong to the driver, who is paid weekly by Uber less a 'service fee' of 25%.

Although hearings in the case were due to begin on Tuesday, a decision by the CJEU on the questions referred to it is not likely until well into 2017.

"Market definition is central to the application of competition law, which, unless there is an obvious infringement such as price fixing, requires an assessment of the impact of a restriction, or merger, for example, on the relevant market. The CJEU's preliminary ruling could therefore have an important impact beyond the specific EU laws mentioned in the context of this case," McDonald said.

"It may also be significant not just for Uber, but for other types of business using a similar model and, indeed, the traditional models that are under threat from disruptive innovators. To the extent that these business models are defined as being in separate markets, it would be more difficult to challenge any discrimination between them as anti-competitive," he said.