Vacuum of space gets distorted and acts like a prism 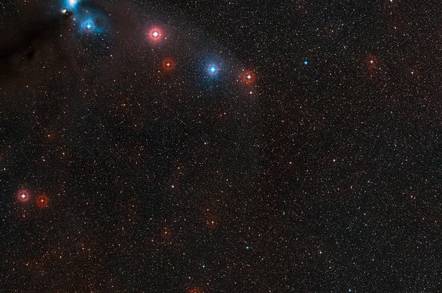 Pic A neutron star may have led astronomers to find signs of a strange quantum phenomenon in vacuum space that was predicted more than eighty years ago.

In the presence of very strong magnetic fields, the vacuum space is distorted and acts like a prism, changing the polarisation of light that passes through.

Vacuum birefringence is difficult to observe, but a team of scientists believe they have spotted promising signs by using the European Southern Observatory’s Very Large Telescope (VLT) in northern Chile to observe a group of pulsating neutron stars called “The Magnificent Seven.”

One particular neutron star – catchily named the RX J1856.5-3754 – is about 400 light-years away and has an extremely strong magnetic field, making it an ideal candidate for observing vacuum birefringence.

After inspecting the electromagnetic field around the star, the researchers found that a substantial amount of the emitted light was travelling in a restricted direction, and it had been linearly polarised by 16 per cent. 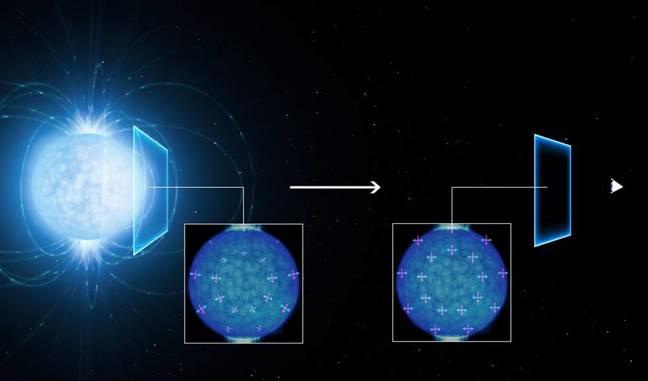 The researchers will officially publish their results in a paper expected to appear in the Monthly Notices of the Royal Astronomical Society soon. A preliminary paper on arXiv shows that “large observed polarisation degree is, however, expected only if quantum-electrodynamics (QED) polarisation effects are present in the magnetised vacuum around the star.”

“This VLT study is the very first observational support for predictions of these kinds of QED effects arising in extremely strong magnetic fields,” said Silvia Zane, coauthor of the study and researcher at University College London.

Vacuum birefringence was first predicted by the Nobel-prize winning physicist Werner Heisenberg – best known for his seminal work on the Heisenberg Uncertainty Principle – and his colleague Hans Heinrich Euler.

“This effect can be detected only in the presence of enormously strong magnetic fields, such as those around neutron stars. This shows, once more, that neutron stars are invaluable laboratories in which to study the fundamental laws of nature,” said Roberto Turolla, coauthor of the study and researcher at University of Padua, Italy. ®