50 years on, the Soviet-era Soyuz rocket is still our favorite space truck

SpaceX has a few things to learn from the old masters 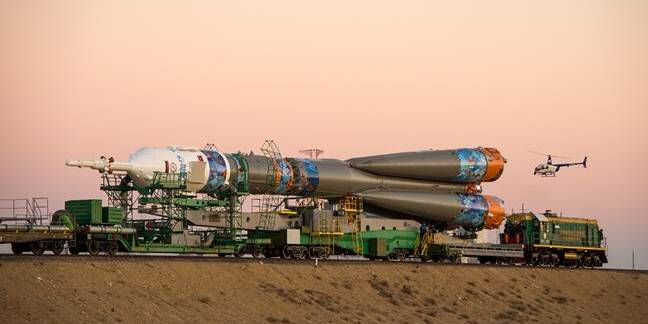 On 28 November 1966, Soviet engineers cheered as the first Soyuz rocket lifted off from the Motherland and made it into space.

50 years later, the Soyuz family is still delivering the goods. For the past five years, the rockets have been our only means to resupply the International Space Station. Not bad for a rocket design that was nearly mothballed but has since gone on to make 784 flights, almost all of them successful.

The original Soyuz design was born from a mix of Soviet engineering talent, Cold War tensions, and the press-ganging of some 2,000 German rocket scientists and technicians in Operation Osoaviakhim after the Second World War. The goal was to develop rockets usable both to defend the Soviet state and get it into space.

After several prototypes, the Soviets produced the R-7, the world's first intercontinental ballistic missile. The design of the Soyuz is largely the same as the R-7 albeit scaled up: a central two-stage rocket with four boosters strapped onto the sides to provide crucial early thrust before breaking away and forming a Korolev Cross – a beautifully geometric display named after the legendary Soviet rocket designer Sergei Korolev.

A modified R-7 shocked the world when it successfully put the first satellite, Sputnik, into orbit. In the West this caused something of a panic, despite the satellite being little more than a crude machine that went ping, and the Cold War rocket race was on.

In 1961, US President John F. Kennedy declared it was time for humans to go to the Moon, specifically American humans. The Soviets, not wanting to be left behind, chose Soyuz to put their cosmonauts into orbit around the lifeless body.

At 45.6 metres (150 ft) by 10.3 metres (34 ft), the first Soyuz design was large for its time and very powerful. While it was designed to be flown with a three-man crew capsule on top, the first launches were unmanned. The Soviet hierarchy wanted to change that rapidly – more rapidly than the engineers.

There was good reason for caution. The capsule on the first Soyuz failed on reentry and there were other cockups too. On 23 April 1967, Colonel Vladimir Komarov made the first crewed flight on the rocket and became the first man to travel into space twice.

However, he didn't make it back alive – the parachute on the capsule malfunctioned and he didn't survive the landing. Some subsequent accounts have said that Komarov knew the spacecraft wasn't ready and screamed curses at Soviet engineers and politicians on his way back to Earth, but this has never been proven.

What Komarov's death did achieve, however, was a much more rigorous testing procedure for the rocket's parts and a design philosophy of simplicity that has made the Soyuz the low-cost, highly reliable rocket that it is today.

Further, more successful manned flights took place, but the main focus of Soviet rocket engineers was now on the N1, the massive three-stage rocket designed to compete with NASA's Saturn-series and get cosmonauts onto the Moon. But a number of explosive N1 failures later, and after the US set foot on the Moon first, the N1 was cancelled and work resumed on the Soyuz. 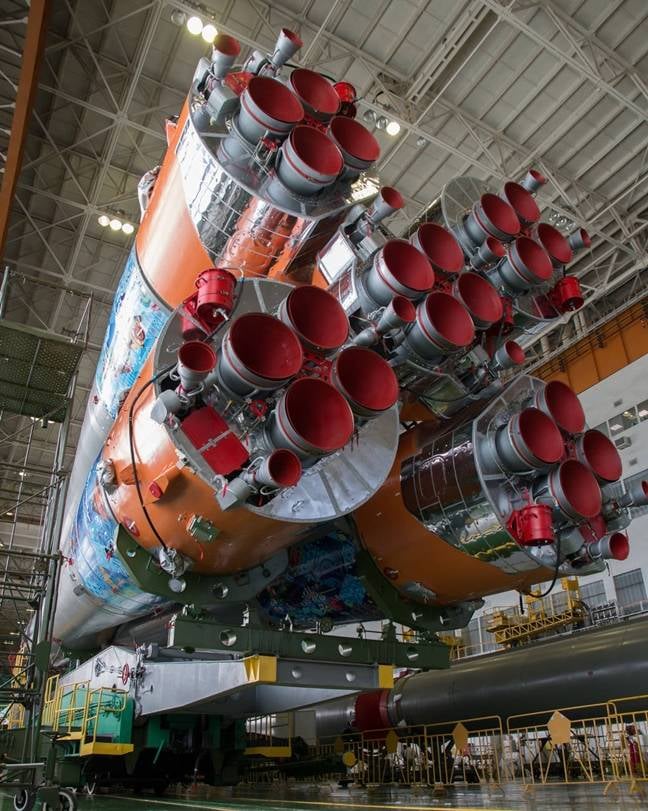 The Soyuz-U rocket prior to being lifted vertically

In the 1970s, the revised design, dubbed Soyuz-U, became the workhorse of the Soviet rocket fleet, delivering cosmonauts, space stations and satellites into orbit. The Soyuz and Apollo spacecraft rendezvoused in orbit in July 1975 in what was pronounced as a "new era" in US-Soviet relations.

In a remarkably long run in engineering terms, the Soyuz-U was retired in April 2015, although it was already being gradually replaced before that. The Soyuz-FG variant first flew in 2001 and remains in use today, and the Soyuz-2 redesign is already flying and will do long into the future.

That said, in the coming year one chapter in the Soyuz's history will close, probably for good. Since the retirement of the Space Shuttle, NASA and the European Space Agency have been forced to buy slots on Russia's Soyuz flights for astronauts wishing to go to the ISS.

NASA has said next year's flights will be the last; it will next use SpaceX and Boeing rockets to launch humans into orbit. That's the plan, anyway, and there are still regulatory hoops to jump through before it is judged safe to switch away from Soyuz.

If the nightmare happens and both SpaceX and Boeing launch systems fail with a loss of life then Soyuz may be back in action as the international launch platform of choice. ®