Cash is king for equity hunters 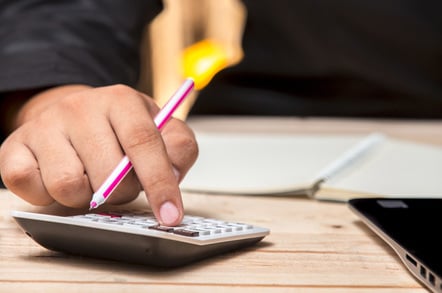 The £24bn purchase of Brit tech success ARM Holdings by Japan giant Softbank this summer was a contentious affair.

The new government claimed it demonstrated that post-EU referendum Britain is “open for business”, although it has also voiced concern about British assets falling to overseas buyers with talk of a more focused "industrial strategy".

Others reckoned the swoop was accelerated by the pound's drop in value against currencies like the yen, which had made ARM a sudden bargain.

Outside these mighty corporate circles, however, a similar story is emerging in Britain small and medium businesses (SMBs), which according to the department for Business, Innovation and Skills (PDF) are responsible for 60 per cent of the nation's employment.

And it seems these firms are also being snapped up by overseas buyers.

Ian Spence, chief executive of Megabutye, told The Reg we can expect more of this in 2017. Spence was speaking as he released his firm's analysis of Britain’s top 50 performing tech SMBs for the last 18 months - the Megabuyte50.

The Megabuyte50, sponsored by M&A and equity advisor Rothschild, profiles SMBs whose revenues and profits grew more than 20 per cent for the year that deliver EBITDA (Earnings Before Interest, Taxes, Depreciation and Amortization) margins of more than 25 per cent and who convert more than 100 per cent of that into cash.

“We have seen an increase and we will continue to see an increase. There is a lot of competition for quality companies in the mid-market IT services business,” Spence told The Reg. “That will definitely continue, more so because of the drop in exchange rate.

And while the Attenda and Adapt acquisitions do not spring from the usual playbook of US private equity targeting UK software-makers for introduction to their domestic US market, they illustrate that overseas appetite for the UK's tech SMBs is there and growing.

A key trend of the past 18 months, according to Megabuyte50, has been churn of ownerships among the SMB crowd: nearly one-third of the businesses changed hands.

Of the nine owned by equity at the year's start, six were sold to other equity houses, two went to trade and one - Sophos - IPO'd, raising $125m.

Owner-managed firms saw rapid turnover, too: out of 18 such firms, three have been sold to trade, two to private equity and one floated.

"There will inevitably be a bumper crop of these companies that change hands in the next 12 months," Spence predicted. "There will be a number of IPOs and some will get sold. Don’t see any reason to expect any less activity than in the last year." ®

Enterprise is the new green among programming retreats