Um. Do they actually think that's what they need? 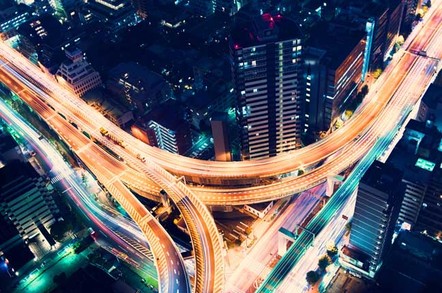 MBBF2016 Mobile operators are quite comfortable with NarrowBand Internet of Things and hope it will funnel more and more IoT customers into their arms – but not all of them understand the market, it seems.

Speaking at last week's Huawei Mobile Broadband Forum, the GSMA's Graham Trickey, the mobile talking shop's "head of connected living", floated the idea that the adoption of LPWA (low powered, wide area) networks could help ensure that 30 per cent of IoT connections by 2020 are routed through mobile operators.

This was a recurring theme during the conference – that is, mobile operators looking to carve up the IoT world into another series of revenue-generating pockets – and Luke Ibberson, Vodafone's head of IoT R&D, continued this idea.

According to him, there are currently 17 IoT test deployments in the pipeline for the first quarter of 2017, including Vodafone's own planned rollout of NB-IoT in Spain, Ireland, the Netherlands, and Germany.

Vodafone has made a great song and dance about NB-IoT in recent months, and Ibberson did confirm that NB-IoT will form the LPWA component of the final 5G specification. Japanese telco NTT Docomo's Naoki Tani added that the specification that the trials had been working on to date is 250kbps upload and 170kbps download – El Reg suspects the figures may have been transposed in translation.

In contrast, French IoT connectivity chaps Sigfox run their network at a lean 100bps both ways (nope, no "k"). NTT Docomo is also an investor in Sigfox, along with a number of other technology companies including Samsung.

Hiroshi Tsuji, of Japanese telco KDDI, got it right by saying that the IoT "doesn"t need high specifications, high speed or high performance", which in relative terms is what the NB-IoT spec achieves for IoT. Instead IoT customers want "low installation cost and low maintenance cost" as he correctly pointed out.

Continuing the panel discussion, Huawei's Peter Zhou, small cells president, added that Huawei already has its own chipset "ready for trials", adding that "from the beginning of next year our chipset will be able to be supplied to the manufacturers with massive volume". ®