Microsoft's nerd goggles will run on a toaster

640KB? Enough for anyone 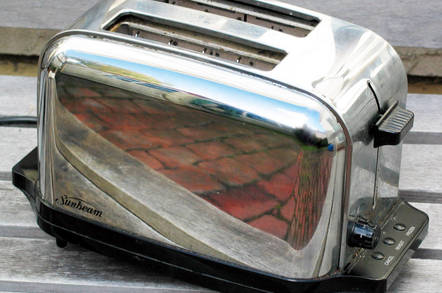 Microsoft's nerd goggles require only a humble PC. But then who needs more than 640KB?

Redmond has published the minimum requirements needed to run its AR/VR platform and they're surprisingly humble.

Microsoft Holographic, which will be part of future Windows 10 releases, requires a PC with a GPU, but not necessarily a new or particularly modern one:

This makes the minimum requirements much more modest than those required by rival nerd goggles from Facebook's Oculus Rift or HTC's Vive. And far lower than Microsoft's high-end "augmented reality" platform HoloLens.

(Confusingly, Microsoft lumps HoloLens and Holographic for Windows 10 together at its welcome page.)

The inclusion of a USB 3.0 may prove more of a stumbling block than the graphical requirements. GPUs that support DirectX 12 date back to around 2014, while USB 3.0, despite being released in 2013, only became commonplace in the last year or two.

Developers can get cracking by downloading the Unity 3D game engine, then Visual Studio 2015.

Note that the skimpy information provided thus far is a minimum requirement. Readers with long memories may recall that during its long vapourware gestation, Microsoft insisted that "Windows 4.0" would run well in 4MB of memory (yes, MB). By the time Windows 95 eventually appeared, a minimum of 8MB was a necessity. ®