While sacked union leader asks for documents to be released 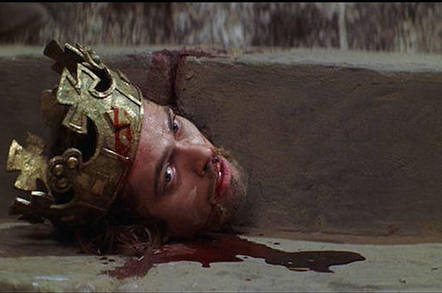 The central staff committee at the European Patent Office (EPO) has asked again for the organization's Administrative Council to take action against its president Benoit Battistelli, citing the dismissal of the secretary of its staff union as the final straw.

"We are skeptical about the real motives behind the dismissal of yet another elected staff representative and union official," the open letter [PDF] to the 36 members of the EPO's top body reads. "We are also very concerned that four more staff representatives and/or union officials are (allegedly) going to be targeted soon with investigations that may lead to further disciplinary procedures."

As a result of Battistelli's actions, the EPO "remains in a state of social turmoil and perceived lawlessness that risks compromising irremediably the reputation and continued existence of our Organisation," the letter argues, adding that the council "has to take action: this can no longer be delayed."

The firing of Laurent Prunier after more than a year of disciplinary proceedings has set off a firestorm of frustration with EPO management. Staff protests at EPO offices have been joined by national politicians and the Dutch government is due to hold a special debate on the matter.

Even the staunchly neutral trade press seems to have had enough, with editor of Intellectual Asset Magazine (IAM), Joff Wild, writing a damning article urging the EPO's Administrative Council to "get a grip of this situation" and wondering out loud whether he had been wrong to give EPO management the benefit of the doubt.

Meanwhile Battistelli – whom we have dubbed King Battistelli due to his persistent belief that he is above both national laws and his own organization's independent review boards – is unrepentant, and continues to claim that his targeting of staff that have opposed his reforms is a result of their own actions.

Having finally been fired, Prunier has also ended his self-imposed silence in order to question the accusations leveled at him which the EPO management say resulted in his termination.

Writing in response to Battistelli's insistence that Prunier was removed for intimidating a fellow staff member, the former union secretary denied the claims.

"I deny having ever harassed or defamed anyone," he wrote. "The alleged 'victim' did NOT file a complaint against me. The person who filed it was a very close associate of Mr Battistelli."

Prunier also states that the subsequent disciplinary hearing saw the five-member committee conclude that he was not guilty of harassment, noting that the two who decided he had were both from EPO management.

Recognizing that the issue has long been viewed as a he-said-she-said situation by outsiders, Prunier argued that "the easiest solution for the public to assess the truth vs story-telling is for Mr Battistelli to lift the confidentiality he imposes on me and I will gladly publish all the documents."

For its part, the central staff committee sides with Prunier in its letter, also questioning the veracity of Battistelli's claims.

"Laurent was dismissed because he allegedly harassed a colleague, causing said staff member to resign from the CSC," its letter reads. "As far as we know, no-one has resigned from the CSC for reasons of interpersonal problems within the CSC itself. If we had seen any activity amounting to harassment, we would not have tolerated it."

Battistelli's decision to fire Prunier goes against the Administrative Council's own stricture that he stop disciplinary proceedings against staff until an independent investigation had been carried out. EPO management responded to that rebuke by hiring outside consultants to carry out a review and then running a one-day conference to discuss the results.

Despite the strong language in the staff letter, Mr Prunier's forceful denial of the charges placed against him, and a growing chorus of criticism against Battistelli and EPO management, it remains uncertain whether the Administrative Council will actually act. It has twice in the past been asked to act against the president and both times has failed to do so. ®