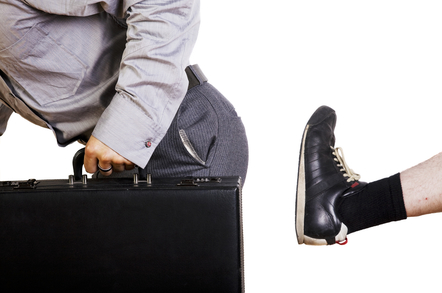 Veeam has defeated two four-year-old legal challenges from Symantec, initiated before Symantec split from Veritas and its data protection software.

Symantec claimed Veeam was infringing Symantec patents back in 2012. The big bad S referred to several patents in its claims:

Veeam claimed a victory against Symantec in this case in February last year. It then said Symantec had walked away after losing earlier rounds of litigation.

It now says the US Federal District Court for the Northern District of California has dismissed the consolidated legal actions (Case 3:12-cv-00700-SI for example) with prejudice and the District Court has closed (terminated) the case.

Veeam CEO William Largent issued a canned quote, crowing that: "It is not unheard of in our industry for 'traditional' vendors to fear change, and for them to abuse the legal system in a vain attempt to stifle innovation and protect their legacy business. This case is a perfect example of this."

A Veritas spokesperson said: "It is not uncommon for large technology companies to have claims around intellectual property. Veritas invests deeply in research, engineering, and talent. We will continue to defend our investments and technology, where necessary. However, what we focus on every day is delivering value to our customers and partners to help them transform to digital businesses."

You might think Symantec enriched lawyers and didn't inhibit Veeam's growth worth a damn. Veritas may well be glad it can move on. We couldn't possibly comment. ®