And all he hears is crickets, apparently 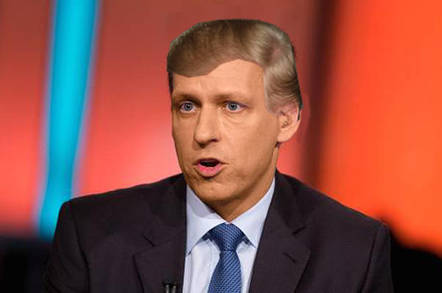 Billionaire contrarian and Donald Trump fancier Peter Thiel is reportedly having little success trying to get Silicon Valley to choke down its values and join a tech transition team designed to help the president-elect get up to speed.

According to the Washington Post, the blood-guzzling billionaire has been touring the Bay Area with an iPad. He's trying to get people to sign up to be a part of the new administration as it devises new policies covering emerging tech such as bitcoin, drones, fintech and others. Thiel is not having an easy time of it.

According to the report, the list so far comprises little more than Peter's Friends: the executive director of his two non-profits the Thiel Fellowship and the Thiel Foundation, Jack Abraham; his coauthor on a Thiel book, Blake Masters, who is also president of the Thiel Foundation; and Thiel's cofounder of Palantir, Joe Lonsdale.

Thiel is clearly hoping to tap the streak of libertarianism that exists in Silicon Valley – as evidenced by the fact that there is now a serious effort afoot to get California to secede from the United States – but has reckoned without the fact that Trump's policies on trade (protectionism against open markets) and social issues (equality; racism; sexism) are so set against the deeply held beliefs of Californians that few want anything to do with a Trump Administration.

In a cost-benefit analysis, the enormous value of being a close advisor to the president of the United States is outweighed by the fact that people would be socially ostracized for having anything to do with such a divisive figure. Plus of course, there is the fact that Trump doesn't appear to listen to anyone who doesn't reflect what he already thinks. On that particular day.

It is notable, however, that while Hillary Clinton produced a lengthy document outlining a wide range of tech policies and her positions on each of them, Trump's position on technology is minimal and has largely been gleaned from his tweets and occasional outbursts on the campaign trail. And as we have seen in the past week, he has been willing to abandon even his most high-profile positions at a moment's notice.

That may mean that Peter giving-women-the-vote-was-bad-for-capitalist-democracy Thiel and his friends get to effectively dictate White House tech policy. But, as always, there is a big space between California and Washington; a space that tends to suck up pressure and influence.

While Thiel is respected for his business insight – if not for him using his fortune to abuse the legal system – it seems unlikely that many would miss him in Silicon Valley if he spent the next four years rubbing his ego against the side of Donald Trump's leg. ®