But we've saved a whole wedge of cash 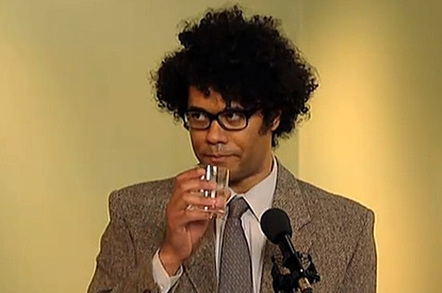 Barnet council's controversial £322m 10-year outsourcing deal is plagued by a number "performance issues" particularly within IT - but has also yielded "significant savings" since 2013, according to a report.

The borough's chiefs have reviewed the Customer and Support Group (CSG) contract handed to Capita and concluded it has delivered “significant benefits”, generating overall savings of £31m.

Under the deal Capita runs the council's call centre, payroll, information technology and HR. But the wholesale outsourcing of councils' services remains a highly contentious issue.

Last year the High Court ruled in favour of Cornwall Council's decision to ditch its 10-year £160m outsourcing deal with BT, following moves by the telco provider to stop the authority canning the contract.

Cornwall sought to formally terminate the project in July after BT had failed to meet its KPIs (Key Performance Indicators).

The report on Barnet stated:

"Not surprisingly with a contract of this scale and complexity, there have been performance challenges in all services, some of which have been significant.

"This has most notably been the case with the ICT and estates services, both of which it is acknowledged had performance issues going back a number of years prior to contract commencement. Instability in the senior management of these services is likely to have contributed to these issues."

The report identified a number of "significant challenges" which pre-dated Capita's contract award. These included: "translation of strategy into delivery and the capacity of CSG ICT to deliver; Service specific systems support and applications management; and Members’ ICT."

It added a "lack of strategic support from IT is a significant issue" and that CSG "need to improve their capacity to lead change, bring forward innovation, forward plan for hardware/software/system updates and identify risk."

Other issues ranged from the IT service needing to improve its "advisory function", slow responsiveness of IT strategic advice being a barrier to service delivery, inflexibility and lack of an agile approach around security and hardware. Further, the report highlighted a lack of accurate performance data for IT; a lack of out of hours IT support; insufficient notice given for system upgrades and down times; and poor coverage for WiFi in some of the buildings.

However, Barnet Council noted that core business functions and server stability had improved, the IT Service Desk staff were helpful and issues resolved relatively quickly.