Embiggens itself by one-quarter 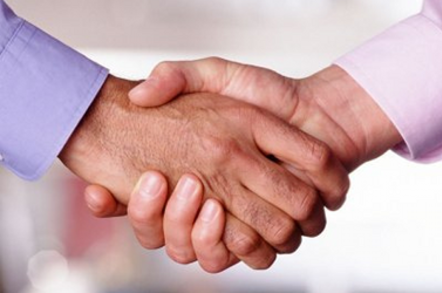 Telecoms business Daisy is poised to gobble Alternative Networks for £165m - the latest deal in its seemingly insatiable appetite for acquisitions.

IT and telecoms biz Alternative employs 600 people and reported a turnover increase of 9 per cent to £146.8m for the full-year 2015.

However, Philip Carse, analyst at Megabuyte, noted that 2016 has been less rosy for the company, with the firm have issued three profit warnings in the last 12 months.

"Alternative was hit first by a significant reduction in non-EU roaming charges, announced in February, and then the end September 2016 warning about below-expectations Advanced Solutions business over the Summer."

"The net effect is that latest analysts’ estimates of Earnings Before Interest, Taxes, Depreciation and Amortization for the year of £18.4m compare with £24m at the start of the year and represent an 18 per cent fall on fiscal 2015."

He noted that a falling UK telecoms market, post-Brexit vote uncertainty, and the constraints the company faces in partaking in M&A may have contributed toward the sale.

Daisy's financial details have been relatively sparse after it went private in early 2015, shortly before it acquired managed services biz Phoenix.

Its latest deal will take the firm's number of acquisitions since it was first founded in 2001 up to 49.

Megabuyte estimates revenue is around £548m, and EBITDA is £85m. Daisy has long outlined its plans to become a £1bn revenue biz.

He said the acquisition of Alternative is a "substantial and attractive deal, boosting the company by a quarter, and strengthening particularly its ability to deliver leading data and IT services".

James Murray, Chairman of Alternative Networks, said the combination with Daisy will "ensure that the company is best placed to capitalise on future growth opportunities" adding there is a strong "strategic fit" between the businesses.

Neil Muller, chief exec of Daisy, said: "This announcement builds upon Daisy's successful acquisition strategy, to enable our customers to take advantage of digital technology in a converging world of business communications and IT." ®