Yahoo! is going to fit right in here 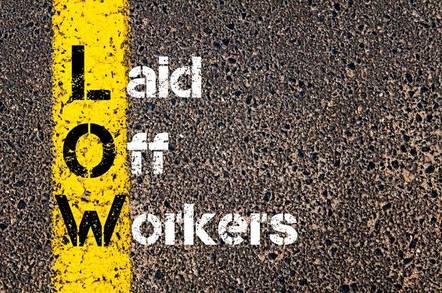 AOL, best known for being your parents' old ISP, is laying off 500 workers.

The dial-up giant-turned-content-network will be shedding around 5 per cent of its total workforce as part of an effort to cull the ranks of its corporate operations. Multiple reports suggest that AOL CEO Tim Armstrong has been pitching the layoffs as a "consolidation" in the wake of other acquisitions by parent company Verizon.

"As we have settled into those changes, there are a number of areas that require consolidation to improve operations and limit the amount of hand-offs in our business processes," Armstrong was quoted as saying by Reuters.

AOL has yet to issue any official statement or confirmation on the matter, and neither has Verizon.

Acquired by Verizon in 2015, AOL now functions as a digital content network running a group of sites to help boost Verizon's advertising revenues.

Word of the cuts comes as Verizon continues to work on hammering out the details of its $4.8bn acquisition of Yahoo!, a price that could be lowered in the wake of Yahoo!'s massive user data breach and reports that the Purple Palace may have known about the hack years ago.

Yahoo!, meanwhile, has been ongoing its own job culls ahead of the acquisition. Should it find itself alongside AOL beneath the Verizon banner, more job cuts would be likely as the two companies eliminate overlapping duties. ®