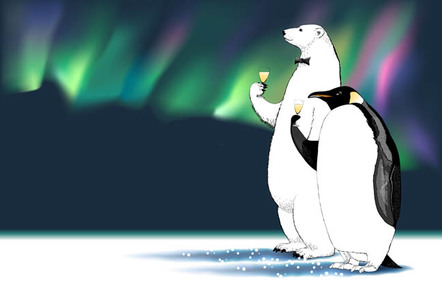 One third of VMs in Azure run Linux

Microsoft has joined The Linux Foundation as a Platinum member, the highest level of membership. The news was announced at the company's Connect developer event in New York.

The Linux Foundation is a non-profit trade association which supports and promotes the Linux operating system and related projects, including Node.js, Xen virtualisation, IOT projects and open standards for containers.

Microsoft is joining 10 existing Platinum members: Cisco, Fujitsu, HP Enterprise, Huawei, IBM, Intel, NEC, Oracle, Qualcomm and Samsung. There are 19 Gold members including Facebook, Google and SUSE, while over 200 other companies are content with Silver membership.

The news is notable further evidence of Microsoft's move towards being a provider of cloud infrastructure and services, rather than a Windows company. Microsoft once saw Linux as a threat to its business; in 2001 then-CEO Steve Ballmer called Linux "a cancer" because of concerns over the impact of the GNU GPL open source license on intellectual property.

That was then. Now one-third of the virtual machines (VMs) in Microsoft's Azure cloud run Linux, according to director of program management Corey Saunders. The Azure Container Service currently supports Linux but not Windows containers.

Today Microsoft also announced the preview of Azure App Service for Linux, with support for Docker containers. Azure App Service lets you deploy application code to run on Azure without having to manage the underlying VMs directly, and with simple or automated scaling of the size and number of VMs used.

Microsoft has also ported SQL Server to Linux, and today released the public preview. The company says that "all major features" of the product are supported on Linux, including in-memory databases, row-level security, and Transparent Data Encryption. Packages are available for Red Hat Enterprise Linux, Ubuntu Linux, and SUSE Linux Enterprise Server.

There will still be some tension around Microsoft's involvement with Linux. On the Linux side, mistrust in the community will make some contributors wary, while on Microsoft's side there remain many areas where Windows and Linux are in competition, such as in the on-premises desktop and server business.

Another piece of open source news from Connect is that Google is joining the .NET Foundation, which is responsible for projects including .NET Core, ASP.NET Core, MS Build, and other open source parts of the .NET platform.

Samsung, already a member of the .NET Foundation Technical Steering Group, has announced Visual Studio Tools for Tizen, which lets developers build .NET applications for the Samsung-sponsored Tizen operating system. Tizen is based on Linux and is also a Linux Foundation project. Tizen is used in Samsung's Gear smartwatches as well as in Samsung TVs and other devices. ®

Cross-platform tool aims high while IDE gets stuck into Git