UK.gov has 18,000 IT contractors on its books due to dearth of skills

And IR35 changes could mean thousands down tools 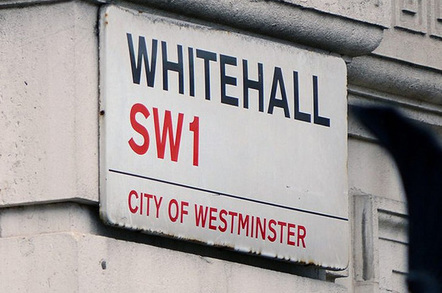 The government currently employs 18,000 digital contractors and 12,000 "in-house" tech folk, according to a leaked draft outline of the Government Digital Transformation Strategy seen by The Register.

A lack of digital skills in government has repeatedly been named as the main obstacle against digital transformation. Billions of pounds are still locked into its legacy systems and contacts.

A recent report by The Institute for Government found that savings through digital have so far been minimal.

The draft strategy acknowledges there is a UK shortage of digital skills and said the government is working to develop the digital, data and technology profession.

However, upcoming plans by HMRC to clamp down on self-employed workers in government could have a major impact on its "digital transformation".

HMRC wants to shift the responsibility for compliance with the IR35 legislation from the individual contractor to the public body or recruitment agency. By doing so it hopes to raise £400m in extra taxes.

But according to a survey of 250 public sector IT contractors, just one in ten intend to pay the extra tax. The rest will either jump ship to the private sector, or hike their fees.

Despite being awarded £450m last November in the previous Spending Review, the Government Digital Service has yet to publish a digital strategy. A previous draft strategy was seen by The Register in April – with one insider describing it as "a very wordy document that manages to say very little".

Since then former GDS head Stephen Foreshew-Cain was effectively sacked by civil service chief exec John Manzoni, with many having remarked that the body's powers have been weakened.

One insider said the new strategy was an improvement on the "low bar" of the previous version, but added that much was lacking in the detail of how it will "digitally transform" government. He said: "GDS is in a difficult place. It needs to get a new strategy out quickly it needs dept buy-in too."

The strategy said GDS will publish "principles and approach to contract disaggregation, noting that the legacy situation of each organisation might necessitate a different approach". However, it did not go into further detail as to GDS's role.

On the subject of the spend controls – which in 2011 subjected all new ICT spending above £5m to Cabinet Office approval, and anything over £1m for software systems – the strategy said a more "proportionate" approach was needed.

"The way that spend control operates will need to evolve so that the process is more proportionate, with more scrutiny for higher risk, cost or complexity projects," it said.

A relaxation of the controls will be seen as controversial by many, not least because it is one of the few areas in which demonstrable savings can be shown.

Elsewhere the document reiterated the government's commitment to a "Government as a Platform" approach of "solving problems once for government in a joined-up way" and "transformation that includes the digitisation of not just the front end or the service, but the back office functions as well".

It said where appropriate GDS would continue to build services and buy commodity "low value" services.

"GDS is moving from 'startup' to a more mature phase," said the document. That apparently means "providing a consistent service back to government that supports, assures and enables services that meet user needs", developing "the operational maturity of the products and services we run so that they are reliable and usable for the rest of government" and "supporting the increased digital capability of government". ®

NHS England claims it will be all-digital within the decade

Stop us if you've heard this one before

The lighter side of HMRC: We want your money, but we also want to make you laugh