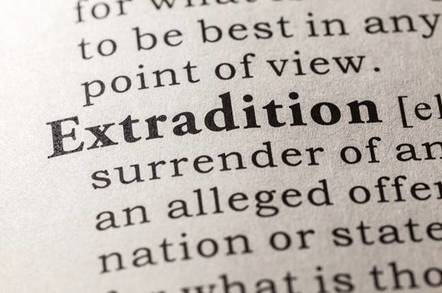 It appears that appeals for clemency have come to naught after the UK Home Office confirmed that the extradition order for Lauri Love has been signed off by Home Secretary Amber Rudd.

Love is facing charges that he was part of #OpLastResort, which stole large amounts of data from targets like the US Federal Reserve, the Department of Defense, NASA, and the FBI between 2012 and 2013. The 31-year-old, who suffers from Asperger syndrome, faces 99 years in prison and millions of dollars in fines if he's convicted.

"On Monday 14 November, the Secretary of State, having carefully considered all relevant matters, signed an order for Lauri Love's extradition to the United States," Home Office spokeswoman Rosie Libell told The Reg. "Mr Love has been charged with various computer hacking offences, which include targeting US military and federal government agencies."

Love faces up to three trials in the US on hacking charges and, thanks to an extradition agreement arranged by then-Prime Minister Tony Blair, American prosecutors don't have to show evidence before a British court beforehand. Love now has 14 days to appeal Rudd's decision.

In court, Love's lawyers have argued that Love, who has suffered mental illness for most of his life, would be at high risk of suicide if extradited. In September, a British court ruled that this was not enough to stop his extradition, but on Monday Love reiterated that he was not going to travel to the US.

Have I mentioned recently that I have absolutely zero intention of being taken to the USA against my will to be subjected to state violence?

(In the event of my death or disappearance a series of automated measures will trigger and numerous newsworthy revelations can be expected.)

Love's case has sparked huge amounts of interest and support. Last month over 100 members of parliament signed an open letter to US President Barack Obama, asking the leader of the Land of the FreeTM to reconsider the extradition.

So far there has been no response, and Love is unlikely to get any mercy from President-elect Trump. ®