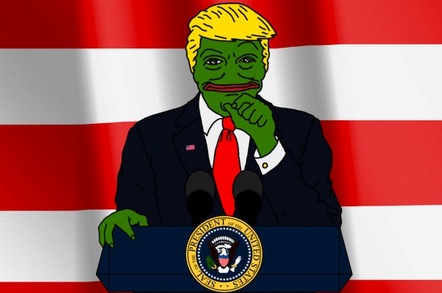 "ProtonMail follows the Swiss policy of neutrality. We do not take any position for or against Trump," the Swiss company's CEO stated on Monday, before revealing that new user sign-ups immediately doubled following Trump's election victory.

ProtonMail has published figures showing that as soon as the election results rolled in, the public began to seek out privacy-focused services such as its own.

CEO Andy Yen said that, in communicating with these new users, the company found people apprehensive about the decisions that President Trump might take and what they would mean considering the surveillance activities of the National Security Agency.

"Given Trump's campaign rhetoric against journalists, political enemies, immigrants, and Muslims, there is concern that Trump could use the new tools at his disposal to target certain groups," Yen said. "As the NSA currently operates completely out of the public eye with very little legal oversight, all of this could be done in secret."

ProtonMail was launched back in May 2014 by scientists who had met at CERN and MIT. In response to the Snowden revelations regarding collusion between the NSA and other email providers such as Google, they created a government-resistant, end-to-end encrypted email service.

The service was so popular that it was "forced to institute a waiting list for new accounts after signups exceeded 10,000 per day" within the first three days of opening, the CEO previously told The Register when ProtonMail reopened free registration to all earlier this year.

Yen said his service was now "seeing an influx of liberal users" despite its popularity on both sides of the political spectrum. "ProtonMail has also long been popular with the political right, who were truly worried about big government spying, and the Obama administration having access to their communications. Now the tables have turned," Yen noted.

"One of the problems with having a technological infrastructure that can be abused for mass surveillance purposes is that governments can and do change, quite regularly in fact.

This demonstrates that privacy isn't just a liberal or conservative issue, it is something that we all need to champion, regardless of our political leanings. This is why ProtonMail is committed to building a safe haven for all people in the world, regardless of nationality, political views, or religious beliefs.

"The only way to protect our freedom is to build technologies, such as end-to-end encryption, which cannot be abused for mass surveillance," Yen added. "Governments can change, but the laws of mathematics upon which encryption is based are much harder to change." ®