Finally, a FIFA scandal you can't blame on Sepp Blatter 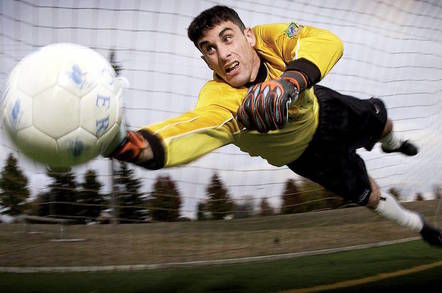 Anthony Clark has been charged by the Northern Texas District Court with a count of Conspiracy to Commit Wire Fraud for his role in a scheme to automatically generate and then re-sell the digital coins used to purchase perks in FIFA Ultimate Team on the PlayStation and Xbox console lines.

The "Ultimate Team" mode allows players to construct their own football squad using virtual player cards. Those cards are purchased with virtual currency that can be bought or earned through in-game accomplishments (such as playing online matches).

Those virtual coins can be traded between users and are commonly sold outside of the game for real-world money via unauthorized black market sites.

According to the FBI's indictment of Clark, he and three others used a specially crafted app to trick EA servers into giving them in-game currency by sending in fake "completed game" reports and getting the coins as a reward.

Having used the application to fraudulently "mine" the coins, the group then connected with re-sellers in Asia and Europe, who purchased the bulk loads and then re-sold the coins to players.

The FBI believes the scheme netted Clark and his co-conspirators, one of whom has already taken a plea deal, millions of dollars from the re-sale of the stolen coins.

Among the tools used in the scheme was FIFA source code and developer tools the group allegedly obtained from the hackers behind the massive Microsoft, Valve and EA hacking spree. Two of those hackers, Austin Alcala and Nathan Leroux, are set to testify as witnesses in the case.

Clark has pled not guilty to the charge. ®