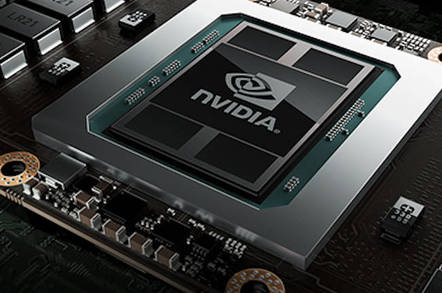 Nvidia continued its run of solid financials Thursday by turning in a $2bn quarter.

CEO Jen-Hsun Huang noted that in addition to the traditional gaming and VR graphics lines, Nvidia's third-quarter revenues were boosted by growing sales in the data center space as well as the use of its GPUs for AI and machine learning work.

"We have invested years of work and billions of dollars to advance deep learning," Huang boasted. "Our GPU deep learning platform runs every AI framework, and is available in cloud services from Amazon, IBM, Microsoft and Alibaba, and in servers from every OEM. GPU deep learning has sparked a wave of innovations that will usher in the next era of computing."

Nvidia also noted its deal with Nintendo to power the Switch console, a combination home and portable games system due out next year.

Going forward, Nvidia predicts it will close out the fiscal year with another strong quarter and log revenues of around $2.1bn.

Patrick Moorhead, founder and principal analyst of Moor Insights and Strategy, believes that those strong revenue gains could continue with Nvidia's strong position in the booming machine learning and automotive markets.

"Nvidia had a stellar quarter and the company is hitting on all cylinders," Moorhead said. "It's hard to spot a hole right now in their lineup, and as self-driving cars and machine learning become more popular, I believe Nvidia will just keep improving."

Investors seem to share that outlook, as shares of Nvidia were up 14.4 per cent in after-hours trading. ®