IDTechX report takes a swipe at other analysts' 'hype bubble' 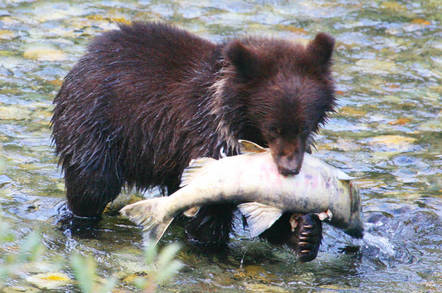 This picture of a bear cub is cute, unlike the future of IoT

The Internet of Things is mostly a hype bubble, with real-world spending and deployments being just a fraction of their predicted level, according to a report by analysts IDTechEx.

While spending on IoT runs to "billions yearly", the cost of buying and installing actual IoT networks "is much more modest, contrary to heroic forecasts made by most analysts and manufacturers in the past", say the report's authors.

Pouring undisguised scorn on the infamous "50 billion IoT devices by 2020" claim originally made by Ericsson CEO Hans Vestberg back in 2010, the Internet of Things 2017-2027 report states: "Ironically, even our forecasts (that have been lower than the herd view) have needed to be revised down in this report in the light of an ongoing paucity of installations."

The report predicts the IoT as a whole (including software and system integration efforts) will be worth $322bn by 2027, exploding from $1bn next year to $73bn by 2018. The number of devices will, they say, barely break one billion by 2020.

The fastest-growing areas of the IoT world, in IDTechX's view, will be smart home/city and the agricultural IoT world. John Deere, makers of green-and-yellow tractors, has long been putting what we refer to as IoT sensors on its agricultural machinery, on the basis that one day the data collection potential could be monetised.

"It is probably now physically impossible to deploy the big figures for nodes by 2020," warns the report, which can be downloaded for a fee at the IDTechX website. ®