Commerce pact became a political football – but was it really that bad? 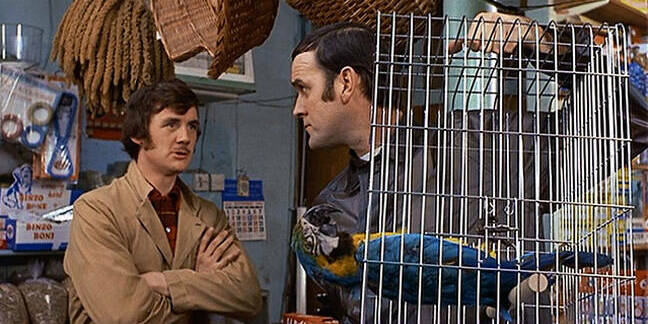 Comment The Trans-Pacific Partnership is almost certainly dead. Or at least America's role in it is.

The much-maligned trade agreement that took seven years to draw up and simplifies trading rules between nations in the Pacific Rim – Australia, Canada, Japan, Mexico, New Zealand, Singapore and a number of others – hit fierce opposition during the presidential elections, and president-elect Donald Trump has vowed to oppose it.

Unlike most of Trump's policy statements, he has been consistent in his opposition to TPP and even to the long-running NAFTA trade agreement, which he has repeatedly referred to in the most dire terms and has promised to renegotiate. "There is no way to fix the TPP," Trump said in June.

That means that TPP's survival in the United States relies on an up-down vote in Congress in the lame-duck session between the elections and when Trump takes over as president.

But with the election results seeing the Republicans retain control on both houses of Congress, and with president-elect Trump vehemently opposed to it, the deal is effective dead. On Thursday, leading Democrat senator Chuck Schumer confirmed as much. The TPP will not be ratified by Congress, he told a closed meeting with labor leaders. His comments subsequently leaked and were later confirmed by his spokesperson.

But was the TPP really that bad or was it just another convenient political football to be kicked around during election season?

There are certainly some aspects of the TPP that gave people cause for alarm: the ability of corporations to sue governments for example; as well as what some critics insist is the extension and expansion of IP and copyright laws across a huge area. But in both cases, those aspects were likely to benefit US corporations and so you would imagine US politicians would be in favor of them, even if some of their constituents were not. McDonalds, for example, is currently suing the city of Florence for refusing to allow it to open up a fast food restaurant in the historic town.

We dug into the many other claims made against the TPP when the agreement's wording was finally released, and we found that they were overblown and based on a series of theoretical situations and slanted readings of the text.

So why are politicians opposed when business groups are wildly in favor? Because of claims that the TPP will cause American jobs to be lost – and that claim is electoral catnip, enabling Senators and would-be representatives to rail against an obscure text in defense of their fellow Americans, who also happen to be voters.

So what of the claims of job losses and of reduced wages, and reduced exports, increased imports, and whatever other worrying claims can be made?

The truth is, of course, that no one knows what impact the TPP would have. But the analyses carried out by people that do such work for a living (the World Bank, the Peterson Institute) concluded that there would be a slight increase in wages – but only a very slight increase. They also concluded that there might be some job losses as the US is forced to deal with a more level playing field.

That was enough for people to go full attack mode. And then Tufts University went further, saying the TPP would have a worse impact and reduce wages for the "vast majority" of workers, although it notably didn't describe exactly who it meant by "workers" or how much of a decrease it was talking about.

The reality is that trade deals are not about – or should not be about – whose wages go up or not, or whether jobs will increase or decrease – even though that is almost always the lens through which they are imperfectly viewed in domestic political circumstances.

Trade deals are about clearing away what can be decades of old rules and ad hoc agreements between a multitude of different countries in order to arrive at a much cleaner slate of rules, vastly simplifying commerce for all involved.

And while the current analysis in the US is that the TPP would have a net negative impact, that analysis has not accounted for the impact of what happens if the US pulls out of TPP but everyone else ratifies it and so enjoys simpler trade rules.

The assumption is that the US is a big enough market by itself that it doesn't need such rules – that countries will go to the trouble of negotiating separate deals with the US. That is certainly what Trump believes. "We need bilateral trade deals," he said earlier this year. "We do not need to enter into another massive international agreement that ties us up and binds us down."

It is worth noting, however, that Trump has long maintained a mercantilist view of the world, where your country's government protects its own corporate interests. That perspective has proven effective for his businesses, which largely comprise physical buildings and on-site services. But it is 100 miles from the global business landscape that most of the US' biggest companies – and all of its tech companies – deal with.

Trump also views the movement of people into the US in solely a negative light. He has threatened to undermine the J-1 and H-1B visa system that pulls foreign workers into America, equating it to illegal immigration, which he also equates to potential terrorism. Corporations view such systems very differently – as a vital route to bring in the best people.

In Trump's world, the internet is a one-way announcement system. For everyone else it is a vital trans-border trade route. And for Congressmen, the TPP is simple shorthand for "fewer American jobs" and is much easier to deal with than explaining to workers that their industry is in decline and that they need to reskill.

For those reasons, the TPP is dead. But should it be and should we be celebrating its demise? Well, as with many other decisions that will be made in the next four years, only time will tell. ®