Move over Brexit, this is Calexit 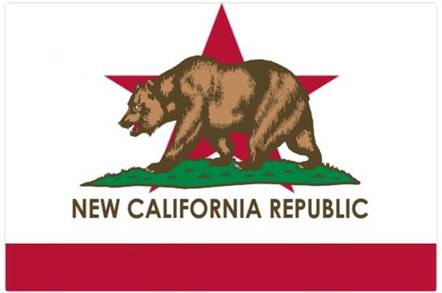 With protests against Donald Trump's US presidential election victory turning violent in California, a group of venture capitalists from Silicon Valley are funding an initiative to allow the Golden State to secede from the US.

Dubbed Calexit, the movement has found a sponsor in Shervin Pishevar, MD at Sherpa Capital – an early-stage investor in Uber, Airbnb, and others – who has offered to bankroll a campaign to leave the Land of the FreeTM and set up the independent nation of New California.

"It's the most patriotic thing I can do," Pishevar told CNBC. "As the sixth largest economy in the world, the economic engine of the nation and provider of a large percentage of the federal budget, California carries a lot of weight."

Protesters now marching up and down the sidewalk in front of the Capitol chanting "What do we want? Cal-exit! When do we want it? Now!" pic.twitter.com/ACN5RD3iHG

California is a net contributor to the US economy financially and can support itself agriculturally, he argues, and it is socially and culturally distinct from much of the rest of America. As such, he thinks the state should go its own way because he doesn't like who has just been elected to the top job in the country.

There have been numerous movements in the past few decades for California to split off, none of which have generated any traction. There are similar groups pushing for independence in Texas, Oregon and Washington, but all remain fringe groups due to a very simple fact – states can't secede from the union.

While the US Constitution includes methods for states to join the union, it does not provide a way to leave it. The last time states tried that, the resulting civil war left over a million dead and millions more injured – and that was just using 19th-century weapons instead of today's missile-firing drones and tanks.

It might be possible to secede if a constitutional amendment is passed by Congress and three quarters of the states agree. As ideas go, Calexit isn't one of the smartest, but it does show how dangerously polarized this nation has become. ®