Newton-busting space drive might get us to Mars, very slowly 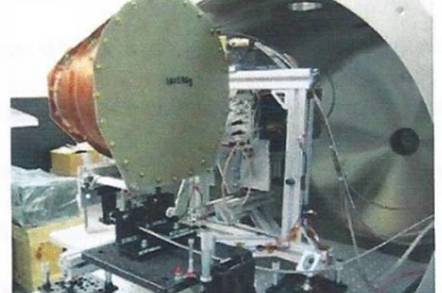 An unpublished scientific paper by NASA engineers has been leaked. It appears to show that the EM Drive – a form of space drive that appears to produce thrust by electricity alone, in violation of Newton's Third Law of physics – may actually work.

The EM Drive is the brainchild of British inventor Roger Shawyer but is highly controversial, with some tests showing that thrust it produces is either extremely small or virtually nonexistent. But researchers at NASA's Johnson Space Center have produced a paper [PDF] showing that the drive appears to be a valid form of space propulsion.

But a very slow one. The EM Drive tested produced 1.2 millinewtons of thrust per kilowatt, compared to the 60 millinewtons per kilowatt that is produced by the best ion drives. It sounds tiny, because it is, however it's still twice as powerful as the thrust produced by solar sails. An ion drive requires a power supply plus fuel – typically xenon gas – whereas an EM Drive can run off just solar power.

In a frictionless vacuum even tiny amounts of thrust add up fairly quickly, and since the only fuel needed is electricity, the drive could be used to keep satellites aloft indefinitely or even to journey to other planets – if you stacked a lot of them together.

So far it all looks good – except for the fact that no one knows how it works. One theory is that protons fired around the nozzle are providing thrust, but it's going to take a lot more testing to see if that's true.

It's also worth noting that this paper is unpublished, meaning it hasn't been peer reviewed. There may still be errors that haven't been spotted which could settle the controversy once and for all. ®