'Extra-supermoon' to appear next week 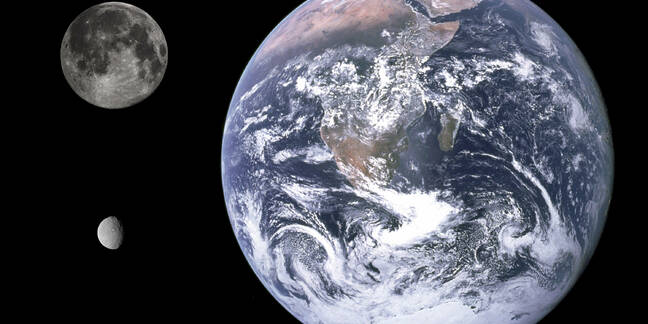 The Moon will looks a little bigger than usual next week, because it will be rather closer to Earth than usual – so close NASA says Monday, November 14th will be an “extra-supermoon” event.

“Supermoons” occur when the new or full moon coincides with Luna's closest approach to Earth, although the term also gets used whenever the Moon is especially bright and close to Earth.

But next Monday the term gets a proper workout as it not only offers a full moon, but will also see Luna reach its perigee, the point of its orbit closest to Earth. NASA's using the “extra-super” moniker because the 14th is also the moon's perigee for all of 2016.

Those of you able to see Luna on Monday will therefore be peering out across 356,509 km of space. At the outer reaches of the moon's orbit it is over 406,000 km distant.

NASA says this isn't going to happen again until November 25th, 2034, so this is lunatics' best chance for some eyeballing in ages.

If you get some nice snaps on the night, do write to The Register and we'll publish any especially pretty pics. ®