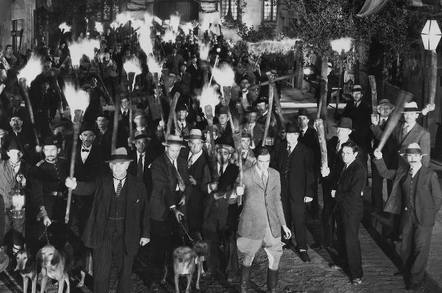 Three hundred unionised Fujitsu workers braved the bitter cold on Monday to attend the first of a two-day UK strike over pay, pensions and job security.

The brothers downed tools for 24 hours last week in protest of work conditions, and turned out again today, leafleting current and prospective punters in Salford's media city, including ITV and the Beeb.

The strike was over the 16 per cent gender pay gap union Unite claimed to have identified from limited data provided by Fujitsu, which indicated women are paid on average £5,500 less than male colleagues.

The union claimed Fujitsu had also applied a "retrospective cut" of up to 15 per cent for "many" staff aged 60 and over.

"Today's action has been strongly supported by our members and the message is getting out that our members won't be steamrollered into submission by the management," said Unite regional officer Sharon Hutchinson.

She pointed out that Fujitsu made £85.6m profit last year, "so there is plenty of scope for the company to be positive in meeting our legitimate concerns on pay, pensions and job security".

On 11 October, Fujitsu confirmed it had put 1,800 people in the UK at risk of redundancy. Sources told us all areas of the business that did not include cloud computing were affected. Fujitsu employs 10,000 locally.

Days before, the British employee consultation committee Fujitsu Voice was closed by the firm.

Hutchinson said the strike action tomorrow will be centred on job security and that all strikes have and will be run alongside a work to rule policy, withdrawal of goodwill and a ban on overtime.

"If the company continues its hard line, our members will continue to take industrial action in the run-up to Christmas that will severely impact on its customers, including those at Salford's 'media city'," she added.

Fujitsu staff will strike from midnight over pay, pensions and layoffs