Software licencing gets easier in the cloud? Not if your name is Microsoft 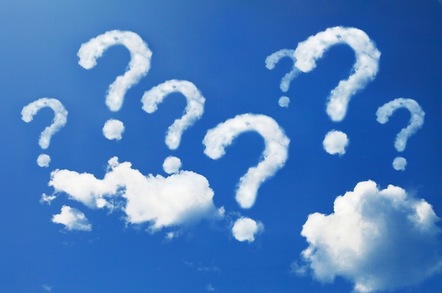 The classic CRM Online suite is no more, it has ceased to be, is bereft of life and rests in pieces. Microsoft has overhauled its licence and for some the price has become a lot more expensive, trade customers have told us.

Last week CRM Online covered the entire suite. Now the product has been split into apps with different levels of functionality, and the way they can be procured has switched too.

"The principle is that Microsoft CRM has been too cheap for the functionality versus Salesforce," one of Microsoft's sellers in the channel told us. "Microsoft would argue it will still be cheaper than Salesforce."

Previously, customers could pay £40.50 per user, per month for the Professional licence; the Basic edition cost £18.70; and the Employee Self Services was £1.90. From this week onwards all were scrapped.

Punters now have to buy CRM under a Dynamics 365 Enterprise edition and there are two ways to do this: they can buy one app that costs them £59.20 per seat, per month; or buy all the apps under Plan 1 at £71.70.

Features and functionality have been added to Plan 1 – including PowerApps that lets users create custom-made business apps – but if a customer doesn't need them, then the price of their software has ramped massively, channel folk claimed. Depending on what employees were using, they may now pay more. Power users may actually pay less.

"There isn't a direct one-for-one ratio, so Microsoft can wheedle out of it and tell customers they are getting more features. This is the challenge of explaining this to customers who want to know, 'How do I get what I'm getting today and pay the same?'" a Microsoft supplier said.

"Microsoft has shifted the way it licenses and the structure of the products, and that will cause significant confusion," he added.

A standard Business edition of Dynamics 365 is expected to be released in the fullness of time and is aimed at companies with fewer than 250 seats – though if one has a licence for 249 users and adds two more in the space of the year, it is not clear if they have to jump up to the Enterprise version.

The features and functionality for the Business version have not yet been released. This area remains an obvious gap in Microsoft's portfolio – Salesforce has less traction in the small business space, and this is an opportunity for Microsoft.

These price changes seem tough enough to explain and for some customers to stomach, and that is even before Microsoft cranks up cloud price by an average of 22 per cent from 1 January..

So the dark art of software licensing isn't getting any lighter in the era of the cloud, at least not if you are a historic user who is trying to get to grips with things. For new users, the mechanism seems pretty simple.

We have asked Microsoft for comment and will update if/when they reply. ®