Mirai IoT botnet blamed for 'smashing Liberia off the internet'

Entire country gets to enjoy life without the web thanks to huge DDoS attack, it is claimed 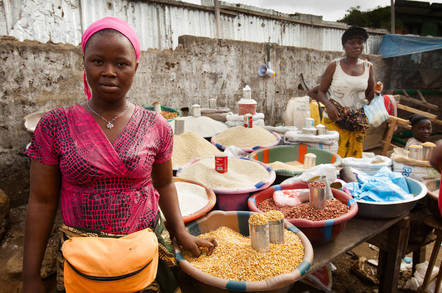 Life in Liberia .. A woman stands in front of her roadside stall where she sells grains in Monrovia (Photo by Micky Wiswedel / Shutterstock)

The West African country of Liberia was allegedly flooded offline this week.

Early indications are that miscreants blasted the nation's rudimentary net infrastructure using the same method that rendered hundreds of the world's most popular websites inaccessible at the end of October. Once again the Mirai IoT botnet has been implicated in the assault.

Simon Moffatt, senior product manager at ForgeRock, commented: "It's safe to say that these IoT-based attacks will become more frequent and individuals and manufacturers need to be aware of the basic attack vectors that exist. In a typical DDoS or botnet-style attack, the victim is often not the owner and, in fact, they may not even be aware their device has been exploited by cyber criminals. Yet, as we saw with Dyn and now the attack on Liberia, the consequences can be extensive."

Thomas Fischer, threat researcher and security advocate at Digital Guardian, added: "The IP cameras and similar devices enrolled into the Mirai botnet are alluring to hackers because they usually provide two points of access. Firstly, a web browser or command line interface on the device itself and secondly a cloud-based portal or web page. This provides the attacker with multiple ways to gain control of the camera. The fact that it is always-on and always-connected is a strong factor, but the real attraction is the lack of built-in security."

Meanwhile, there is some doubt that the whole country was knocked offline – one of the nation's ISPs may have suffered an outage rather than a complete blackout. ®