Natural History Museum under suspicion amid demands of "Justice for Dave" 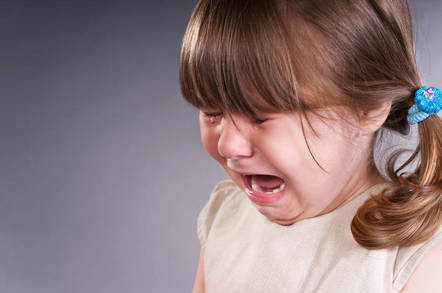 The Twitterati have pushed aside ephemera such as Brexit or the prospect of a Trump White House with protests about the fate of "Dave”, a prodigious annelid that may or may not have been murdered in the name of science.

Earthworm expert Emma Sherlock from the the Natural History Museum appeared on the Beeb today to talk about Dave, who at a stonking 15.7in is the longest earthworm ever found in the UK .

The humongous earth muncher was found in a vegetable patch in Widnes by Paul Rees, whose stepson George christened it Dave. Realising they might have discovered a record-breaking Lumbricus terrestris, they packed up Dave and sent him off to be officially measured at the Natural History Museum.

However, a BBC report showing an “amazing” annelid wriggling on an academic’s arm also revealed that the worm was “put to sleep” before being added to the national collection.

The alleged waxing of the Widnes worm sparked instant fury on Twitter, with lumbricoid lovers the length of the land demanding “justice” for the outsize wiggler. There is already talk of a petition, while @RoxanLees has taken aim at “YOU MURDERING BASTARDS”, whoever they might be.

There is even a suspicion of conspiracy, with one campaigner taking the BBC breakfast Twitter feed to task for suggesting Dave died en route to the museum – when there is evidence on film that he didn’t.

@BBCBreakfast He didn't "die on the way". He was terminated shortly after arrival. We want Justice for Dave!

U can either study/euthanize or name it. Not both.
Earthworm Dave breaks records euthanized "for science" https://t.co/Cju8RvLQkA @mashable

It all goes to show that trying to make science TV/kid-friendly is fraught with peril.

'It is not against nature'