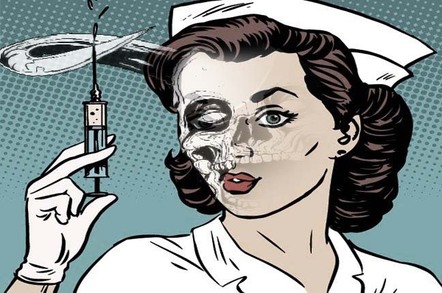 An NHS trust in England shut down all of its IT systems today and has all but ground to a halt in general after a virus compromised them on Sunday.

In a bright-red warning labelled "Major incident" on the website for Northern Lincolnshire & Goole NHS Foundation Trust, patients are warned that their appointments have been cancelled due to a virus infecting electronic systems.

The trust announced that it has "taken the decision, following expert advice, to shut down the majority of our systems so we can isolate and destroy it".

A major incident has been called and all planned operations, outpatient appointments and diagnostic procedures have been cancelled for today and tomorrow. All adult patients (over 18) should presume their appointment/procedure has been cancelled unless they are contacted. Those who turn up will be turned away.

The nature of the virus has not been disclosed, but the infection comes after NHS Digital committed to expanding the range of cybersecurity services available to UK hospitals and clinics.

Almost half (47 per cent) of NHS trusts have been subject to a ransomware attack in the past year, according to figures from a freedom of information (FOI) request published last month. NCC Group's FOI is based on requests to 60 trusts, 28 of which confirmed they had been victims of ransomware.

Hands-on work will continue, with inpatients continuing to be cared for and discharged as soon as they're medically fit. Major trauma cases are being diverted to neighbouring hospitals, as are high-risk women in labour.

The trust said it is "reviewing the situation on an hourly basis. Our clinicians will continue to see, treat and operate on those patients who would be at significant clinical risk should their treatment be delayed." ®