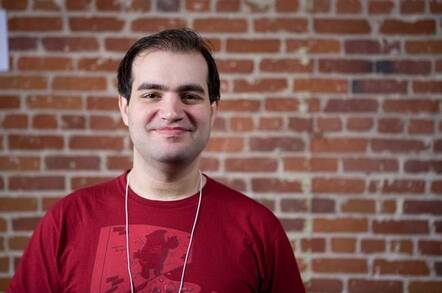 Dan Kaminsky, chief scientist for the cybersecurity firm White Ops, reknowned for fixing flaws in the DNS system, has a new project push on and he's looking for coders to lend a hand.

He's currently hosting a four-day hackathon to build a set of tools designed to fix some of the most basic flaws and faults in IT security. These include Autoclave, a browser that uses multiple VM sandboxes to open possibly dodgy data, and Jump to Full Encryption (JFE) to automate full-disc encryption of systems.

"We have to make security easy," he told The Register. "I don't want to be fixing the same bugs 20 years from now. Security needs to be concerned about minimizing overall effort, and so we're reducing the difficulty of encryption."

The full list of software being worked on is up on Dan's GitHub page and he said he is looking for coders of all skill levels, saying there are plenty of projects for all. He's physically hosting the hackathon in San Francisco before heading out to an O'Reilly security conference in New York on Monday – but the coding will go on in the meantime.

One of the projects, ratelock, seeks to use Amazon's IAM Secret Keys as encryption hashes for password stores. Since these keys are issued once only, they can be used to limit the effects of a hacking attack by utilizing Amazon's own checking systems to forestall a brute force attack.

"When an attacker gets your password database they get a bunch of things they can't validate without asking Amazon," he explained. "They have to constantly ask, and can only do that so fast or so much before Amazon tells them to go pound sand."

While Kaminsky and his compadres want to develop solutions to these basic security issues, he suggests that there's also a role for the government to get involved. He pointed out that this doesn't necessarily mean more regulation, but publicly funding research to figure out what works and what doesn't in the security sector.

This isn't the first time society has had the issue of a new technology being developed that initially had problems. He gave the example of the pharmaceutical industry, which was riven with snake-oil salesmen pushing useless nostrums for years before proper data on their efficacy was established.

"In our field a lot of stuff theoretically works," he said. "But we need to have a bunch of nerds doing work on analyzing this without worrying about the next quarter's budget. But in the long term I'm hopeful we can sort this out." ®