Microblogging network operating at a loss of $78m 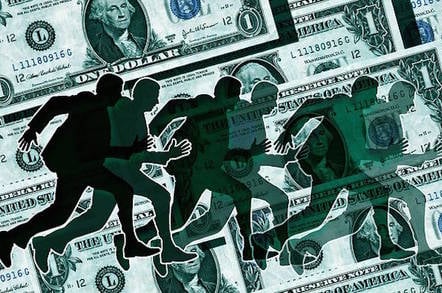 Twitter today confirmed recent press reports that it is reducing headcount by 9 per cent – about 350 people – in an attempt to become profitable in 2017.

The company generated $616m in revenues in Q3 2016 yet still managed to chalk up $515m in costs and an operating loss of $78m. So what exactly does the company that no one wants to buy spend its money on?

And of course there are more than 3,000 staff. Three thousand! Mind you, the company had more than 4,000 on the payroll this time last year, when returning CEO Jack Dorsey laid off 335 staff.

Twitter has two big revenue streams – ads, which pulled in $545m in the last quarter, and data licensing and other revenue, which totted up $71m in sales. Mobile advertising was 90 per cent of total revenue. ®