We win! Boo-yeah! First place out of three? 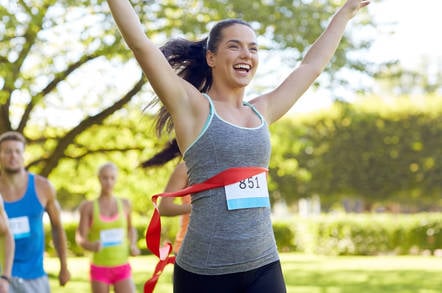 ARM TechCon SUSE is claiming victory over Red Hat by announcing – and these caveats are all crucial – "the first commercial enterprise Linux distribution optimized for ARM AArch64 architecture servers."

In plainer English, SUSE has developed an enterprise-grade Linux distribution that runs on 64-bit ARM servers (should you happen to ever find one). SUSE claims this software is a world first because it is a finished commercial product, thus beating Red Hat to the punch: Red Hat Enterprise Linux Server for ARM is still only available as a beta-like development preview.

But wait a minute, this new SUSE Linux Enterprise Server for ARM "will be available by the end of the year," according to the official announcement. So, Red Hat, there is still time – you can still win this race. Hare and the tortoise and all that.

SUSE's boast is also a little dismissive of Canonical, which announced earlier this month that "Ubuntu OpenStack and Ceph are now commercially available" on 64-bit ARM-powered servers. SUSE doesn't think Ubuntu OpenStack and Ceph count as an "enterprise Linux distribution" nor "optimized for ARM AArch64 architecture servers." Whatever happened to peace and love in the free software world?

Germany-based open-source giant SUSE is aiming its new distro at "large-scale storage, high performance computing and networking systems," and the code will work on boxes powered by Cavium chips and presumably other ARM server-grade chipsets (like AMD's and Applied Micro's and Qualcomm's and so on).

The distribution will try to bring features found in SUSE's x86, Power and z Systems enterprise products to the world of 64-bit ARMv8. We're told these key features include:

In the other corner, Red Hat's RHEL Server for ARM entered its development preview in June 2015, and popped up on Qualcomm's server-grade ARMv8-compatible silicon in March this year. This presentation [PDF] at LinuxCon Japan in July gives an overview of where the project is at. There's also the Linaro Enterprise Group, which Red Hat is a member of, that seeks to create a foundation of software for ARM-powered servers, plus the usual Debian, CentOS, Ubuntu and other distros that support 64-bit ARM to varying degrees.

Critically, SUSE doesn't believe these rivals can each describe themselves as a "commercial enterprise Linux distribution," which leaves the door open to SUSE to claim a victory today – well, unless it's pipped at the post before the year is out, of course.

Meanwhile, "64-bit ARM support for SUSE Enterprise Storage," which was announced in 2015, will be arriving by the end, we're told. ®