Murder in the Library of Congress 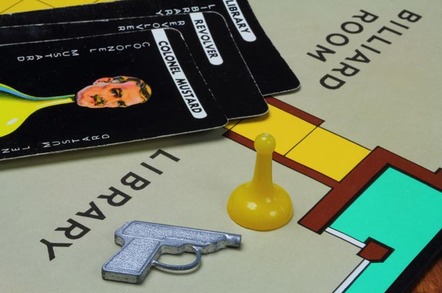 The US Copyright Office has been given a brutal Silicon Valley-style sacking, the first time the Copyright Register has been dismissed in 119 years.

Maria A Pallante was locked out of her computer on Friday, according to Billboard, on the instructions of her boss, a new Obama appointee, Carla Hayden, the Librarian of Congress.

“Officially, Pallante has been appointed as a senior adviser for digital strategy for the Library of Congress, although it’s clear she was asked to step down,” Billboard’s Robert Levine notes.

Critics see the move as in line with Silicon Valley asserting its influence over the US Government via its agencies in the dog days of the Obama Administration. Just last month, as Hayden started the post, the Google-funded group Public Knowledge attacked the Copyright Office for upholding the copyright laws.

“Pallante was the only one standing between Google and what is left of the copyright system,” wrote David Lowery on the Trichordist blog, which campaigns for better deals for songwriters and musicians.

Controversial decisions by the Department of Justice, the Federal Trade Commission, and the Federal Communications Commission have all resulted in proposals or decisions that advanced the business interests of Silicon Valley’s biggest companies.

For example, after an investigation of Google for anti-competitive practices, FTC staff concluded there was sufficient evidence to indict - but the Obama-appointed trade commissioners abandoned this for a voluntary deal instead.

The FCC, run by former industry lobbyist and major Obama fundraiser Tom Wheeler, has introduced a flood of measures that benefit huge web companies and constrain telcos, the most significant of which is Title II reclassification, which gives the bureaucrats wide-ranging authority over internet practices and private contracts. The DoJ was found to have kept Obama’s office closely involved on antitrust investigations - which has never happened before.

Congress created the post of The Register of Copyright at the end of the 19th Century, when copyright protection required an author to register a work (Registration of a work is now not needed if a country is a signatory to the Berne Convention, but in the USA, it entitles the owner to statutory damages.) The role of the Copyright Register has evolved to provide Congress with expert impartial advice. The legal duty of the Register is to uphold a functioning rights marketplace, something Silicon Valley isn’t keen to see, as the windfall profits of today’s giant web companies come from aggregation rather than trade.

Although the Library of Congress (as the name implies) reports to Congress, its boss is a Presidential appointee. Barack Obama appointed a librarian from his base of Chicago who rose to be head of the librarians’ association the ALA. Her appointment welcomed by anti-copyright crusaders.

But two pieces of advice from the Copyright Register in particular will have infuriated Google, which in each case sought radical changes in the operation of the copyright system.

On the advice of DoJ antitrust attorney, the DoJ recommended that part-authors of a song should lose the ability to say no to digital deals they don’t like.

The move came from Google’s former key antitrust lawyer Renata Hesse, who had moved from Wilson Sonsini Goodrich & Rosati to become acting Attorney General for antitrust issues. Songwriters come out worst out of any negotiation with The Man, and the move, called “100 per cent licensing”, weakened their position further.

Pallante warned back in January that 100 per cent licensing raised a host of issues: “The Office believes that an interpretation of the consent decrees that would require these PROs to engage in 100 per cent licensing presents a host of legal and policy concerns. Such an approach would seemingly vitiate important principles of copyright law, interfere with creative collaborations among songwriters, negate private contracts, and impermissibly expand the reach of the consent decrees. It could also severely undermine the efficacy of ASCAP and BMI, which today are able to grant blanket licenses covering the vast majority of performances of musical works—a practice that is considered highly efficient by copyright owners and users alike,” she wrote [PDF].

The dubious legality of Hesse’s proposal was demonstrated when a Court threw out the proposal after a legal challenge from three songwriters was upheld. A Court agreed that Obama’s DoJ had violated due process by stripping them of their rights. The move would have obliged the performing rights societies (who are regulated by the DoJ under a Consent Decree) to check whether they actually had the rights to a composition for millions of songs. Google, which has invested in a rival service to the PROs called Kobalt, would be under no such obligation.

Another piece of expert advice from Pallante will also have infuriated Google, which along with being the owner of the most popular internet video service YouTube, is used to getting its own way.

Unlike Netflix, which has invested heavily in buying and making TV and movie content (it spent more than HBO or the BBC last year) Google is notorious tight-fisted when it comes to licensing quality video. Faced with an instruction by Congress to replace the antiquated CableCARD standard, FCC Chairman Wheeler rejected the app-based alternative industry came up with, in favour of a proposal backed by a Google-funded NGO, Public Knowledge.

The difference? As we explained here, Google’s preferred plan allowed third parties access to the stream, TV guide metadata and subscriber info, paving the way for Chocolate Factory to disaggregate channels and help itself to content without a contract.

Pallante called their bluff, warning that it was illegal: “Rather than being passive conduits for licensed programming, it seems that a broad array of the third-party devices and services that would be enabled by the Proposed Rule would essentially be given access to a valuable bundle of copyrighted works, and could repackage and retransmit those works for a profit, without having to comply with agreed contractual terms,” the Copyright Register noted.

Who votes for Google?

She reminded Google - and this is significant - that under the US Constitution, it is Congress that makes the laws.

“It is important to remember that only Congress, through the exercise of its power under Copyright Clause, and not the FCC or any other agency, has the constitutional authority to create exceptions and limitations in copyright law." [Our emphasis]

Congress has only intervened rarely and carefully in the case of clear market failure, Pallante noted, and nobody is arguing that the “Golden Age of TV” is a market failure, with premium shows available on a huge range of devices at a low cost, thanks to cable cutting. Pallante said that Wheeler’s proposal “maybe be understood to create a new statutory license” - the most significant intervention government can make.

Faced with making such a seismic shift in the economics of TV production, the swing vote of the FCC’s five Commissioners backed away, and the proposal is dead for now.

Very few Americans would vote for even weaker rights over the pictures and words they hand over to the giant internet companies like Facebook and Google, so there is little chance of Silicon Valley-friendly copyright “reform” winning a popular democratic mandate. In this climate, the odd backroom assassination could remedy this... hypothetically speaking, of course. ®